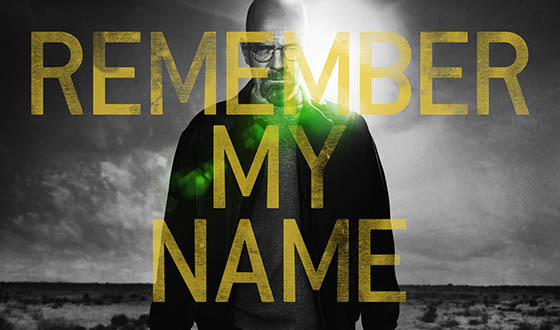 “Where there is no plan, that is the plan”

We take life a day at a time and just seem to drift and “go with the flow”. It is difficult to plan where nothing seems normal and everything seems broken but somehow some people seem to find a way through the chaos to make something out of nothing. Those people who create some sort of order out of seeming chaos are the exception not the rule. They become leaders or they become rich.

The people who make things work when everything seems broken are probably the twisted ones. They refuse to accept norms and they force change. George Bernard Shaw calls these people “Unreasonable” and I wrote about a typical African that exhibits those traits in a previous blog post I wrote titled “The Unreasonable New African”.

At this year’s Google I/O event, Naval Ravikant was asked why he decided instead to start Angellist and focus more on supporting entrepreneurship? His response was that “you have to be fundamentally broken to be in this game” and he believes each entrepreneur and investor is “broken” in some way as they refuse to accept “normal” as the rule. Meaning — there is something in each person that follows this path that questions the norms then try in their own way to make change happen.

I read a post yesterday on Medium titled “Why I left Google” and had a discussion with my wife about the driving forces behind career choices we have made. My wife is also a superstar, 1st class graduate with Ivy league MBA who decided to come back to an obscure corner of Africa, her response was that she too wanted to go out and change the world but she realized that it can actually start from making her own corner brighter and for all to see and learn.

Personally, I have never really looked back and wondered what could have been different had I taken an alternative route. I don’t do post-mortems; I keep looking at future possibilities from where I am standing, and there are awesome possibilities. I believe this is the case because I do not see career as a short journey towards any particular “happy destination”, it is a subset of long marathon called life. My career is my life they are not separate but intertwined.

I am in the midst of all I feel that is wrong and I try to be the exception always than become part of the norm. Maybe if everything becomes different and conforms to what I believe is ideal then I will seek change again. Yes I know it; I am broken. My happiness comes from “fixing things”.

I have been fortunate to be in the company of very great achievers and there is a common trait I see about them that is unique. They first simplify the things the other people obsess about (appearance, self esteem, achievement) to the point of irreverence then they go after real problems and tackle them. More often than not they win and are celebrated but they do not revel in those achievements, they keep on winning and they become heroes or villains. They are broken.

I see that trait in people who are cut out for greatness especially in members of our team. If someone gets a brand new laptop and the first thing he does is get rid of Windows 8 to install Ubuntu, he is “fundamentally broken” but in a very good way. Our team members are fanatical about “fixing things” and get to the root of problems. They are not satisfied with good when great is an option. Our people are not carried away with shiny objects, they are on a path to greatness and cannot be stopped, they are the type of people Paul Graham describes in his essay as “formidable”. They know their sh!t.

What I saw from the article “Why I left Google” goes to the heart of the argument I tried to make in another post titled “The future of the enterprise, global innovation and brands?. I wrote –

“The institutions of the future must also live what they sell…. — Disruption must start from within the enterprise before it can as an entity become an agent of disruption in the marketplace.”

Fundamentally disruptive organizations are also broken. They do not fit the normal mold. They keep changing and raising the bar.

The change in the structure of the enterprise and nature of human capital is only just beginning. HCL and Google may just be intermediate stages of something bigger and more distributed, more broken. Another article from medium titled “distributed everything” puts this future possibility in proper perspective.

Just like the lady that wrote in the blog post on why she left, she kept on having the recurrent dream of something chasing her, I also had a recurrent dream of building a structure that will collapse under its own weight. I decided to change that by starting Afrinnova to create a platform for “formidable people” to achieve their dreams. Maybe more organizations have to explore platform thinking when it comes to the human resource.

Most large organizations tend to collapse under their weight over time as they grow. They become part of the norm rather than the exception. Steve Jobs himself sounded that warning in an old WWDC video sent to me by our CTO. The cost of coordinating very large teams grows exponentially and adding one team member could become the last straw that breaks everything.

According to Steve Jobs —

“Apple suffered for many years from lousy engineering management… created a large farm with animals going into different directions. …The total became less than the sum of the parts… ….Focussing is about saying No!

It sounds crazy and counterintuitive but to keep growing yet getting better, organizations must stay broken. While strategy and objectives require cohesion, the way we structure organizations to achieve them do not necessarily have to become a hindrance to achieving those objectives. Great products are built because people feel a personal pain and not just because they are told by their bosses to build them.

Organizations should strive to be not just “different” but “better as Jobs said, “the sum of all the parts must be greater than the whole”. Sometimes you just have to break things to fix them and make them “better”. The best description for this structure is from the Dee Hock the founder of Visa, it is “Charodic”.

Visa is huge and probably one of the largest man-made organizations on the face of the earth but it has not been crushed by its own weight. Over time, organizations will become more and more like natural ecosystems. We were created individuals for a reason, nature is “Charodic”, and nature is broken.

UPDATE: One great quote from a friend that inspired this post is the one I actually forgot to mention:

"Accept your past with no regrets, handle your present with confidence, and face your future with no fear."  - Tunde Jinadu