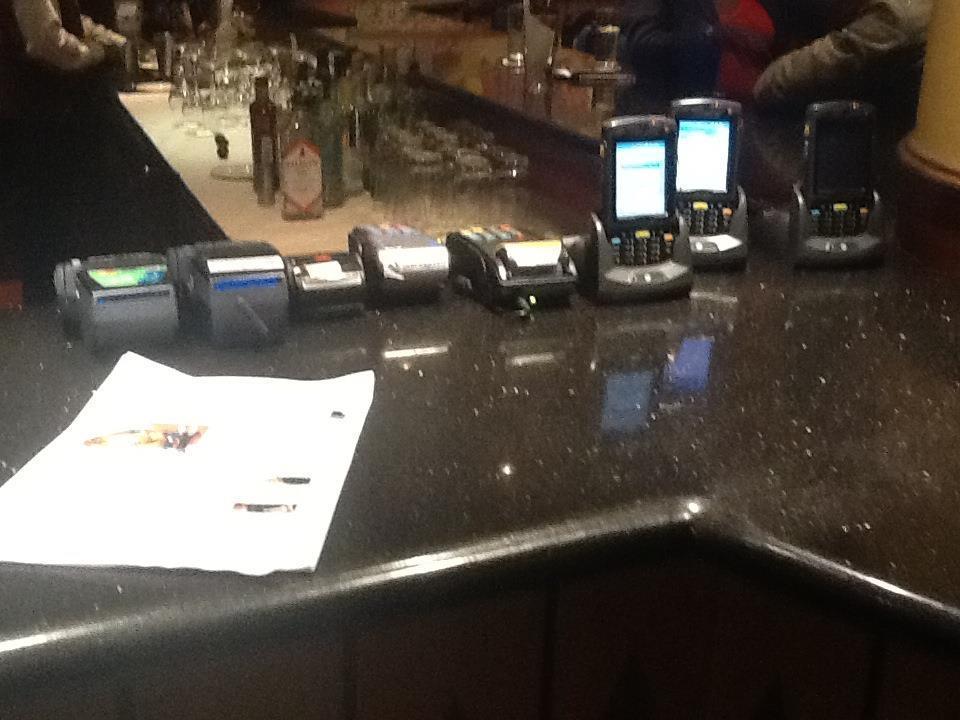 Neil Ahlsten of Google Africa is one man I have been trying to have a sit-down with for a long time now. He gave a talk at a Mobile Money event (MMT Dubai) last year and his observations on the changes in the African (or emerging market) payment landscape were profound.

He highlighted the problem with confusion in the market place caused by the different players and the need for interoperability and simplicity to effectively fight cash. Neil asked who the next Visa or Mastercard of Mobile Payments would be? He probably asked too soon as Visa and Mastercard are now present in the game as themselves with significant acquisitions and strategic alliances.

Ben Lyon of KopoKopo put it even more clearly in his presentation at the recent AITEC COMESA banking event. Ben basically stated that “while cash was a frictionless mechanism of transaction for the customer it was a huge burden for the merchant” Especially for those merchants in the service industry where there is no inventory.

At the same MMT event where Neil gave his talk, another speaker from Pakistan correctly noted that Mobile Banking and Mobile Payment initiatives are largely “Behavioural Change” initiatives and it is important for solution providers and MNOs to realize that when attempting to build ecosystems.

Recently I started reading the book titled “Difussion of Innovation” by Everett M Rogers and it is a book I recommend for anyone involved in a project that involves behavioural change, which is in fact all projects.  The book has the ability to alter thought processes the same way books from Don Tapsott and Malcolm Gladwell have done to me.

As someone who has been on all sides of the payments process, the first chapter of the book for me was full of epiphanies and wow! moments

Two observations stand out. First is

“An important factor regarding the adoption rate of innovation is its compatibility with the values, beliefs and past experiences of individuals in the social system”

“Uncertainty is the degree to which a number of alternatives are perceived with respect to the occurrence of an event and the relative probability of these alternatives”…..

He goes on to mention a fundamental premise that a lot of payment providers or players fail to realize:

Diffusion (of innovation) is a kind of social change, defined as the process by which alteration occurs in the structure and function of a social system.

Diffusion of the innovation called MPESA occurred at the rate it did simply because there was overwhelming social acceptance as it fit into the culture of remitting money home in Kenya. Someone from Malawi said the remittance model will not work in Malawi because the relatives in the cities expect those in the villages to come out and actually ask for the money (or  in other words grovel) because it was the socially accepted norm.

One can argue that the adoption rate of MPESA was quick because of the compatibility with the existing social system, norms and practices in Kenya. These will sometimes differ from other parts of Africa or the emerging market and makes it certain that you cannot use a cookie cutter approach for mobile payment deployments.

The similarities with Kenya made MTN Mobile Money also a runaway success in Uganda with 19% of all household expenditure in the country currently made via MobileMoney. Uganda is also even more interesting because the statistics mentioned “household expenditure” which includes purchases and basic expenditure and not remittances alone.

I am sometimes baffled when new initiatives first focus on remittances in MobileMoney without looking at the existing social system and also the existing commerce ecosystem. In a place like Nigeria I don’t think you are not likely to succeed if you ignore the existing commodity distribution hierarchy of merchants. I have seen projects almost collapse because they tried to bypass this hierarchy and existing value chain.

A lot of the marketing for MobileMoney in Uganda started out at bars where the merchants also quickly saw the benefit of reducing the pain of cash. These merchants at the level of basic needs of the individuals in a society are the best change agents in the fight against cash.

Bill payment is another feature a lot of m-payment operators like to implement first but when I look at the society in most emerging markets, they are mostly prepaid economies without well developed subscription models. It therefore surprises me when scheme operators first go for the larger retail merchants without a significant footprint and also content subscription companies focusing largely on the middle class. It is a game of numbers and the numbers are at the bottom of the pyramid

Education was one area all operators were totally blind to until small innovative companies started integrating MobileMoney platforms with schools and examination bodies. Education is a fundamental need while the need to watch movies is not. Education also has a significant footprint as well. The schools can also be viewed as merchants and also significant change agents in the fight against cash.

I agree with Ben Lyon that cash is still currently the transaction mechanism of choice for customers because it currently has the least friction and acceptance is ubiquitous. In Nigeria however, if you look at the case of how debit cards and ATMs were diffused, the banks played a huge role in making both the cards and transaction points available to their customers. This ubiquity and the realization by the customer of the convenience it provided also led to a cultural shift where people no longer carried large amounts of personal cash.

Merchant transactions in Nigeria however are still overwhelmingly on a cash basis. It is not unusual for ATMs at a mall to run out of cash when there are POS machines in every store in the mall. People will still go and collect cash to pay when they can actually swipe their cards. I asked a couple of people why that was the case and the issue of “trust” came up as well as the fact that the POS machines were always unreliable.

The increased cases of fraud with the magnetic stripe based ATM cards almost reversed the faith in cards and ATMs completely until Visa and Mastercard came in strong into the market with more secure pin and chip cards. The merchant POS infrastructure is still largely unreliable and non-existent and it will be an uphill task to implement the current “cash lite” initiative driven by the Nigerian Central Bank without doing a lot of work at the merchant level.

The answer to the cash problem lies with the merchants. All the merchant wants is to do business in a simple and effective way with the least amount of friction as possible. Even if it means having 8 POS machines in one location or having several cash management arrangements with banks, they just want the headache of cash to go away.

If you look at current card payment mechanisms there are 5 parties in a transaction, the card association, the issuer, the acquirer, the merchant and the customer. The card association guarantees interoperability and acceptance because of “trust”. All other parties are present and don’t mind investing in the process or parting with fees because of that “trust”.

Cash on the other hand has only 2 parties, the merchant and the customer. Cash itself provides its own trust and interoperability because it can be exchanged very easily.

For Mobile Payments I feel that if we can get to a stage where we reduce it to a trusted transaction between merchant and customer without all other parties like agents, aggregators, operators etc not getting in the way, there will be phenomenal progress made with Mobile Money 2.0 initiatives.

We need to focus on the merchants at the point of basic need and use them not only as agents in the sense of mobile payments ecosystems but also as agents of change. The merchant can provide information about alternatives and reduce confusion and consequently make change happen. The merchant is the most valuable change agent in the fight against cash.

Merchant points need to become not only “Points of sale” but also “Points of Service”, a friend who works at Craft Silicon in Kenya coined that. The mobile wallet and traditional POS systems have to be able to cater for all these different services and also provide a mechanism the merchant uses as an agent of change rather than another burden. The merchant needs to be able to serve the customer and run his business better because of the technology provided and become an evangelist. Square is making significant progress with that in America already. They have also simplified the transaction mechanism and fees for the merchant as well.

If you look at the picture above taken at Serena Hotel in Nairobi you will realize that African payment providers actually help to confuse merchants and increase their pain with unbridled competition instead of looking for ways to simplify the experience for both the merchant and customer.

The winner of the game against cash is the one makes all this confusion go away and makes the process as frictionless as possible while providing maximum value to the customer and merchant alike. It requires some thinking along the lines of value innovation rather than maximization of profit. The big players like Visa, Mastercard and Google can still be arbiters in this arena but the provider closest to the merchant and customer has the greatest opportunity to make this happen. They need someone who really understands the pain and wants to make it go away.

Don Tapscott predicted the success of companies like Google because they make the transaction cost for searching for knowledge simple for the user and adverts simple for the advertiser. The same must happen for payments.

The Billion Dollar question is who will that entity be? Will it be the banks? Credit unions or technology providers? Will it be a hybrid of all those entities collaborating for the good of all?

I like what Kopokopo and others are doing but this is just the beginning of Mobile Money 2.0. There is a lot more to be done and Afrinnova will be more than happy to be a partner in this transformative process with innovative African companies who want to make cash a relic.