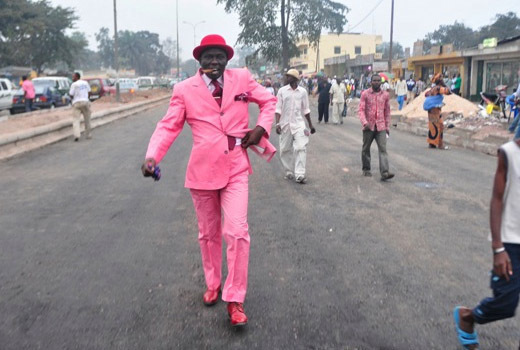 I have realised that there are different types of Africans but only one type can move Africa forward. There are "Old Africans" and there are "New Africans", then there are "New Unreasonable Africans" Being a New African is a different state of mind but being "Unreasonable" is even more progressive. It does not matter where you are born or raised; it is an addiction to the continent. Africa grows on you and it is very addictive.

Of these different types of Africans there are those who see opportunities the greater continent presents and those who never see beyond their borders, they whip up nationalist sentiments and get fellow xenophobes out of their closets. Xenophobia is the worst form of inferiority complex and is the last bastion of lazy intellectual African scum a term I learned recently from this article

With over 700 comments so far, the debate is lively and it is one of the biggest wake-up calls in recent times to those of us who call ourselves “Africans”

MTN is another truly African company (full disclosure they feed me) and they changed their slogan to “Everywhere You Go” once they started their African expansion in earnest. They are in every part of Africa especially those areas where others have not been bold enough to go. The strategy worked for them and they are now one of the largest companies in Africa and the clear leader in telecommunications. MTN is an "Unreasonable African Company"

What is it about South African technology companies that make them get Africa while others don’t?  I think it is because after Apartheid, Nelson Mandela unleashed a whole bunch of new Africans on the continent. A group of People who realized the joys of being “African” first before they belong to any nation, tribe or race. "The Unreasonable New African"

Google is another company that has adopted the African identity comprehensively. They too  have started going everywhere the Old African has failed to go and will become the leaders in African technology if they arent already. Google Africa is an "Unreasonable African Venture"

The old African clings to the past but the new African looks to the future.

The old African builds race, ethnic and tribal barriers but the new African is tribe and colour blind, they accept all as brothers or sisters.

The old African moans and complains when the new African walks in to eat their breakfast, lunch and dinner. The new African may or may not have been born in Africa, Africa grows on you and it is addictive.

For us to have sustainable progress in Africa, we need more "Unreasonable New Africans". Become one today!