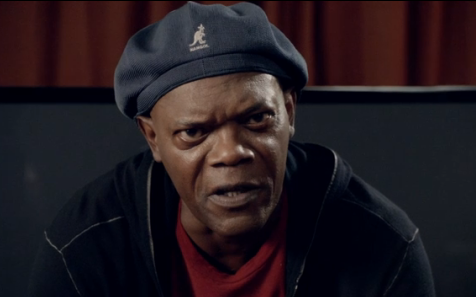 There are two things a tech blogger should learn not to do and the first one is accusing other bloggers of hustling to get page views (Paul Carr in Pandodaily accused BusinessInsider and VentureBeat of that same thing weeks ago) then turn around to do the same thing. That is HYPOCRISY.

The second one is trying to disguise a personal political rant by a closet racist as a commentary on "The American Dream". That is PATRONIZING. Insulting your readers for speaking their minds then blocking is on a different level altogether, it shows DESPERATION and COWARDICE.

You can’t say (Paul Carr's own words on Pandodaily), “I hate them (BusinessInsider) because they’re brain-dead entertainment and linkbait masquerading — to readers, and advertisers — as news and insight.” Then actually provide a brain dead rant (from a closet racist in response to a political ad by a strong black man) to try to shore up pageviews on your site and say it is not hypocrisy. You just cant do that and expect readers to “scroll through”. You just cant get away that easily. Someone will call you out and I did.

They also accused Arianna Huffington of preventing editorial independence at Techcrunch so that was why they left but they use their moderator's powers at Pandodaily to block comments on the Pandodaily blog in response to their insults. They can have independence to say rubbish but readers cannot respond honestly. Mike Arrington was at least honest enough to turn off comments on controversial blog posts rather than selectively block some.

There is an African saying that "Only your friend will tell you bluntly when your mouth smells from halitosis". Others will laugh at you behind your back as they are doing here in this post: http://blogs.sfweekly.com/thesnitch/2012/04/tech-blog_pando_daily.php

Twitter is not a very good place to have sensible conversations and my goal initially was to point out to Sarah Lacy that they were doing exactly the same thing they were accusing BusinessInsider and VentureBeat of doing when they sit on their high horses on the Pandodaily feature "Why isn't this news". Paul Carr (the moron) talks about journalistic ethics and purity accusing others of losing it but allows Pandodaily to shamelessly plug his controversial political story into a tech blog to increase their falling pageviews while also shamelessly publicizing his (Paul Carr's) own blog.

I was actually talking to my sick wife on Skype when the Twitter conversation featured on Techloy started and lost it when Sarah Lacy started swearing and Paul Carr started with insults. I had to make them realize that there is no monopoly in swearing or insults. If by one in a Billion chance you featured an African who was able to raise funding as a result of the publicity you should not expect others to cower each time you bark. I could have just let it go but really who exactly do they think they are? They dont feed me and have zero impact on my life or career.

They must think that we are sheep to keep taking in all the bullsh*t and nodding our heads in agreement. Maybe we probably are as Pandodaily's country ranking in Nigeria is higher than any other country yet their pageviews globally are dropping into the abyss.

Sarah Lacy came to Nigeria and ironically told us to stop reading TechCrunch but crazily Techcrunch these days is on point and provides much more relevant content to the tech ecosystem than Pandodaily and their page views have not taken the same dip.

Techcrunch is more relevant to Africa as they are providing more objective coverage of the continent. We dont need to hear about petty peeves of people who in an NSFWCORP podcast once called referred to Africa as "a country". Racisim and ignorance seeps out in suprising ways. Douchebagery is no cover up for racism.

To borrow from Samuel L Jackson Nigerians should also “WAKE THE F**K UP” to see that reading Pandodaily is not going to help us build anything bust instead we should follow Sarah's advice and stop reading her blog. We should read Techcrunch instead because at least they don’t pretend to be who they are not and give Africa objective coverage.

I have told Mike Butcher of Techcrunch already that we have space for them in Accra should they decide to put together a dedicated Africa team and I am serious about it.

Yes I don’t know how the media works because I was naïve enough in the past to believe that a lot of objective and true journalists exist (and I still believe there a few out there) but I would rather have respect for a blatant hustler providing linkbait for page views than others who pretend and sit on their high horse yet do the same thing.

Paul Carr is the same guy who alluded to Nigeria's Okonjo Iweala being made President of The World Bank as being the same as allowing Nigerian scammers to run the global financial system.