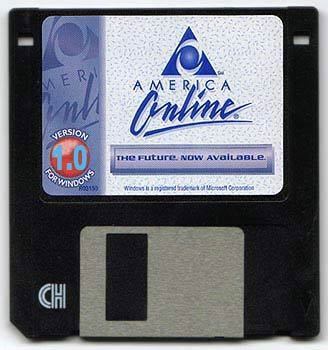 One of the joys of going back to Manchester is spending time with 4-year-old Michael (my God son), he is at that age where he asks questions that make you laugh and think at the same time. As usual he is always a handful and was trying to show me his accomplishments on his Nintendo 3DS while I was trying to get some work done. I told him to give me some time and he asked me what I was doing? I told him I was trying to send an email. He then asked me a simple question that made me stop in my tracks. “What is email?”

The first thought that came to my head was that he would find out soon enough as he will most likely start using it sooner than we did but then I asked myself if that statement was really true? Some years before Michael was born, nobody knew anything about Facebook, Twitter and the term “Social Media” had not even been coined yet. Those online platforms now dominate digital existence.

Email itself has evolved from one of the services bundled by your ISP with your Internet service to a commodity freely available as a cloud service. E-mail was fundamental as a notification service for social media and it is still a part of it till this day. However, with mobile coming of age, those notifications via e-mail became less important as we moved rapidly into the post-PC era. The “red dot” or “exclamation mark” became more important than an email message. The only place where email still thrives strongly as a means of communication is within the enterprise. The question in my mind was “what will e-mail and messaging evolve into when Michael comes of age?”

Email is arguably the “killer app” of the Internet as it enabled a lot of things to happen especially collaboration on a global scale. Few realize its fundamental importance, as it has become a commodity and a default feature. Asynchronous messaging made a lot more collaboration happen than we can imagine and as we did not (and still do not) all have great Internet all round the world. Email was a great leveler. It also has its downside as it made Nigerian 419 scam a global phenomenon. The efforts of fraudsters became more efficient. Scam and Spam are still the Achilles heel of e-mail and a tremendous amount of resources and effort are also now being required to combat the menace.

For some of the “Digital Natives”, email has only become a place where you get school notices or send your homework to your teacher. In many cases it is bundled as part of a collaborative service (e.g Google Apps) and it is increasingly getting subsumed into those services. Google may have been the first technology company to realize that the nature of collaboration will probably not remain the same and e-mail as we know it now will lose relevance in the long term as your identity in the Web becomes more important than a storage space for asynchronous messages. I confess that I still do not understand fully the Google+ game plan and how it fits into the way we will collaborate in the future but I guess Michael and others will.

Right now I am @asemota on Twitter, several aliases in other social media and e-mail addresses. Any service that is able to provide a common platform for all the disparate parts of my identity yet still somehow allow me to maintain the walls between my personal and professional life will probably be the winner in the future. Such a service should also be able to allow me communicate asynchronously and in real time. Whatever that service is, it will definitely not be referred to as “e-mail” as the nature of collaboration has evolved. Skype is now part of Microsoft Outlook or vice versa, chat is embedded in Gmail and Yahoo mail. The convergence began long ago and will continue.

After all these thoughts ran through my mind, I told Michael that “e-mail” was how adults send messages to each other on the Internet. You guess what the next question was….. “What is the Internet?”