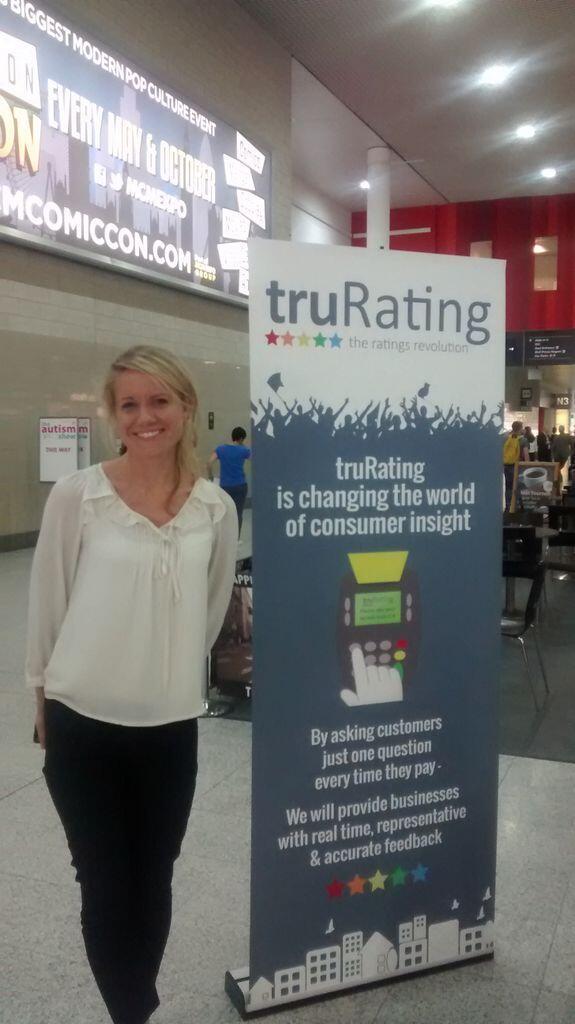 
Yesterday, against all advice by “reasonable people”, I decided to hobble with my one good leg and crutches to the PayExpo event at London Excel. Just outside the exhibition was a stand with some nice cupcakes and even nicer people. I must confess that the cupcakes attracted me first but what I learned about “TruRating” the startup at the stand could not have been arranged by anyone else but a “higher power”.

TruRating is a company providing rating applications for businesses directly on POS terminals. This may not mean much yet to those who do not understand the POS or payments space, it was a very big deal to me. The e-POS business is largely a service business, you don’t really make money from selling devices and the onslaught of mPOS devices starting from Square has not made this any easier.

As partners to ePOS terminal hardware companies, we had long decided to forego selling hardware and pursue the services route. We only provide development and repair services to other services companies. In Africa this did not seem very scalable because of banks and regulators so we had always kept it as a side business. I however always believed that there was much more you can do at the POS devices when you provide services on it to help the merchant. I wrote in a previous blog post that “the Merchant is the biggest change agent” in African payments but few payment companies really offer anything to merchants and just treat them as a revenue source.

Customer and transaction data is very important to forward thinking merchants. The big retailers know this too well and that was why they got together to form MCX in America. They started it to rebuff Google Wallet and others because they believed that they were not really going to do much for them. They also wanted to be in control of their own data.


What TruRating achieved is simply brilliant. With the big retailers in America, I keep seeing links printed on receipts and customers urged to go on the Internet to answer survey questions with the chance to win some money. It is not surprising that I have never bothered to do any of these surveys and that a very small number of people (less than half a percent) actually bother.

TruRating solved that problem by asking simple questions to rate your experience just before you put your PIN to confirm a transaction right on the POS. And oh… they also provide the same prizes for surveys too and can tell you if you won instantly.
This is a service available right on legacy POS, that customers will use and merchants will pay for. The data belongs to the merchant or retailer and can be stored securely offline on the POS. They also provide the same service to online checkout processes and mPOS as well. I was ecstatic as this also opens up a whole new interface at the merchant point of service.

Now we will take POS development very seriously and think up new ideas while we work with awesome companies like TruRating to scale theirs. My friend Andrew Turpin was always right, POS business is just starting in Africa.


I later met Georgina Nelson the founder of TruRating and we had a long chat about her product and how she got the idea. First shocker was that she was a lawyer and not a “techie” or coder. She did not fit into the the regular Silicon Valley sterotype of a young white male founder. What was even more shocking about TruRating I discovered during that conversation was that they were funded mainly MBM Capital Partners, a Private Equity company owned by a Nigerian and the richest Black woman in the world according to Forbes — Mrs Folorunsho Alakija 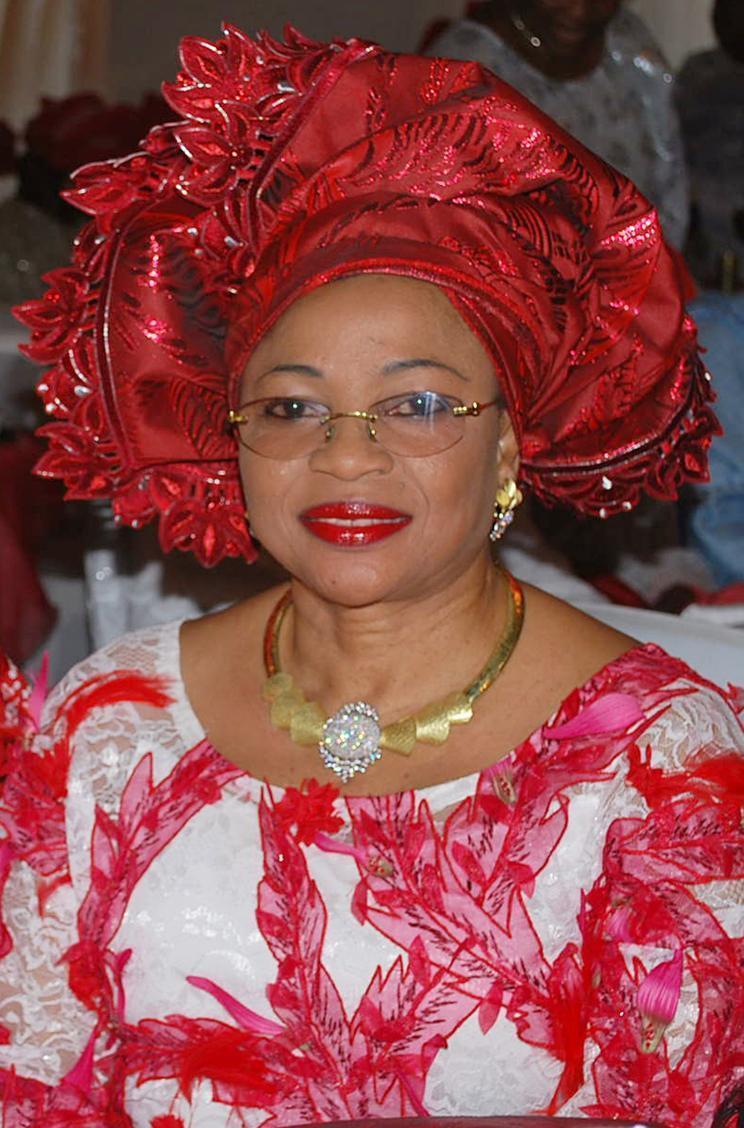 Now this is another conversation entirely. I had always been against African startups looking for money from Silicon Valley or from foreign impact investors because I KNOW that there are African investors who have the capacity and the willingness to invest in great ideas. Heck! I even wrote a“long” post about this too.


The problem in Africa has always discovery. There are many great ideas and great people who can function on “both sides of the table” but there is usually no table. I cringe when I hear local founders taunting local investors and calling them names like “vulture capitalists”. Investing money is not a charitable function; getting money from the right investors is also not as simple as taking a basket to collect “offerings”.

Raising money is like dating, both sides must come to a table they trust to discuss and get to know each other better. Like dating, there are also “one night stands” and “long relationships”. To get a committed relationship with an investor or a startup, pedigree and signaling are important.


Georgina Nelson did not know Folusrunsho Alakija personally and has never met her, but her cofounder is a friend of her sons and they were able to pitch a great idea to them to get funded. Chances are that there are many great ideas in Nigeria that can be funded by MBM Capital but do they know you or trust you?

On investment, I always tell people this quote from the former Prime Minister of Canada Joseph Jacques Jean Chrétien


"There is nothing more nervous than a million dollars — it moves very fast, and it doesn’t speak any language.

I owe Magatte Wade a lot from a 30 minute talk she gave in Nairobi some years ago. I have learned that helping others raise money or showing them how and where to look is not foolishness, it is actually a great strategy to build your own network.
I summarize what I have learned below:

“The best time to raise money is when you don’t need it yet. You position yourself by helping people. Next best time is not now, grow first”


All African founders do is ask for “funding”, they hardly help each other or tell others where to look even when there successful. Georgina’s story is great not because she got funded, it is awesome because she told me it was my own kinsmen who made it happen for her and made me believe that it can happen for even more Nigerians and Africans if we get our shit right.