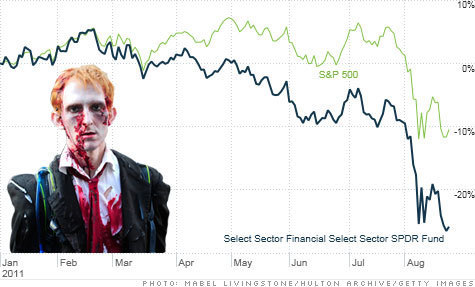 I recently attended the last AITEC Banking and Mobile Money West Africa conference held this time at Accra. The more I attend Mobile Money events in Africa, the more I am convinced that there needs to be an Open Source Payments/Mobile Money initiative. It seems to me that there are no real patents in this space as everyone reinvents the wheel and calls it a “new product”. Somehow the standards are being created as threshold requirements emerge. Core competences amongst the players are rapidly becoming threshold features as they all try to outdo each other.

Everyone claims to be able to do everything, it seems vendors are all hauling dung on the wall and seeing what will stick. I personally believe that if you have a good business case and a sensible model, you will not require all the bells and whistles at once. The competition is however great for setting standards.

One fundamental problem is that most mobile payments technology vendors claim to have the best product since sliced bread and very few admit failures or shortcomings. Even those experienced players who apparently get it and know where we should go, promoting "open loop" platforms are actually pushing for a "bigger closed loop" according to Tamara Cook from Bill & Melinda Gates Foundation in response to a Visa/Fundamo presentation.

The Visa presentation was a departure from those of the others as it made quite clear the awesome plans Visa has later this year with Visa Prepaid. But the overall most presenters from vendors were always quick to point out the wonderful features of their products. It became boring after a while when it started to all look like a pitching hall. There were few gems from the rough however and some brilliant insights were provided.

For me, the best presentation was from Peter Ollikainen (a hard last name to pronounce. I call him Ollie) formerly of Nokia Money who was brutally honest about mistakes made and lessons learnt from the Indian experiment. There was another great one by a gentleman from Unibank in charge of new channels that explained very clearly most of the shortcomings of the Mobile Money experiment in West Africa.

West Africans still ape the models in East Africa without thinking of developing unique models of their own. We want to fight cash and at the same time we dream of financial inclusion. While both can be achieved at the same time, they require significant intellectual investment as well as other resources to make it work in West Africa. Nigeria seemed to generate quite some interest as usual and there were a few presenters speaking on our Cashless experiment and the initiatives around it. I had a lively debate with Mac Atasie of Nextzon about their agent aggregation platform OneNetwork.

A clear distinction has to be made between Agents and Merchant roles in the Cashless initiative. In normal Mobile Money models, Mobile Money “Agents” are “merchants of cash” as their trade is in cash and commissions just like the black market Mallams, while “Merchants” are those who least need the headache of cash in the value chain.

An interesting portion of Peter “Ollie’s” presentation was titled “Activation is different from Keeping Active” The connection between the two is the link between the agents and merchants, which is the value chain. While Agents are trained to perform KYC and can do document handling etc, Merchants typically can’t and should not do it as becomes an unnecessary burden to them. There are many reasons why activity dips and there are ways you can also strive to get the numbers up. He sent me the presentation afterwards and I can’t wait to have a proper chat with him soon. What I got from Peter’s presentation was that success in Mobile Money and payments was much more about building the ecosystem and activities around it than about any product or feature.

There are many reasons why MM platforms never reach scale and level of activity is the key metric that shows penetration and acceptance. I believe strongly that “Acceptance” and widespread use starts from the merchants and the agents. When fighting against cash, acceptance and activity is more important than “activation”. While Agents are absolutely essential to activation, their role in keeping active will diminish as broader acceptance happens and the ecosystem gets enough float to move towards reduced cash transactions

My point to Mac Atasie was that “Agent activities and building up a wide agent network should become the responsibility of the MFIs in their consortium while others concentrate on on-boarding merchants. He mentioned that cash would still play a long term role as merchant acceptance is still a long way off but these were the first steps. While I agreed with him that there was still a big battle against cash I don’t think the question of who comes first in building an ecosystem “Merchants or Agents” should be a “chicken or egg” riddle. It should rather be about two chickens or two eggs. Building both must happen at the same time and are not mutually exclusive. The “Merchants” are more valuable in sustaining activity while “Agents” drive activation. MFIs as licenced merchants of cash with their grassroots reach should and must lead this effort to actually grow the numbers.

Mac also mentioned something interesting, he said that while there were several bank issued cards out there, we have 100,000 Point of sale terminals in Lagos alone but with less than 10% of them active. Another presenter showed some “not so great insight” about financial inclusion efforts. Banks in Africa have not really grown their customer base in absolute numbers after 10 years. They have had the same number of customers for 10 years and there has been no real growth in customer numbers industry wide. People die and are being replaced while banks cannibalize other banks’/competitor’s customers to grow. There was really no net growth in the industry and that means all growth in profits have been from the same sectors and the usual suspects. In Nigeria for instance, lending to the public sector (including purchase of treasury bills) accounts for most of the banks' profits.

Telecommunication companies have grown from almost zero numbers in 10 years in a place like Nigeria to over 100 million and yet they are strangely being excluded from financial inclusion efforts by the regulators. Telecommunication companies achieved this growth because they introduced new products and created new value chains. For banking to grow and financial inclusion to happen it has to follow the same path as well. New products have to be introduced and new value chains created.

I see the future of banking in Africa and it will be driven by MFIs. Telcos and probably “Open Loop” and “Open Source” platforms. MPesa has scaled, MTN Uganda has scaled but no single bank in Africa has shown similar growth numbers. It is worthy to note that the economic problems of the West emanate from the banking sector and I think we will be foolish to allow ourselves go on a similar path. A prominent player in the industry Sola Fanowopo asked why Telcos were not present at the AITEC event and not invited? And there was a hushed silence. Probably the silence from the realization that banks are in denial and not coming to terms with reality.

Banks have to adapt, lead or get off the bus on this. They can’t hold African economies to ransom forever. MPesa and MTN Uganda were the beginning. It will come to all of Africa. Being propped up by regulators and government when you are not really growing is like being the walking dead. Africa especially West Africa needs growth and not a “zombie apocalypse”