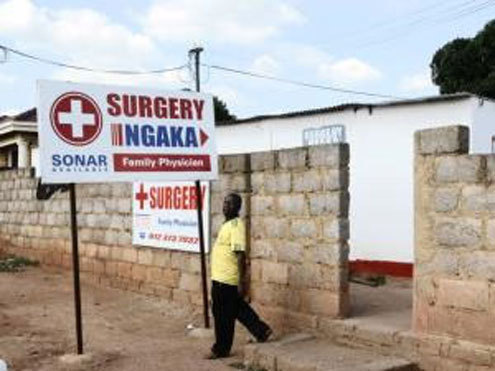 2008 was the year I was probably the fittest in my entire life as I found my “mojo” in tech. We were making real money as we started doing several projects at once. I worked very hard and played even harder, I played tennis 3 times a week and swam twice that same week as well.

2008 was also the year I had my biggest health scare as I arrived in Nigeria 20th December from the US via South Africa. I left News Café at the Palms and ended up in hospital early in the morning as a result of serious abdominal pains.

The first hospital I went to was an upscale one at Victoria Island in Lagos where the guys charged me the equivalent of $1,200 for being foolish enough to come there as an emergency patient. The guys were too eager to conclude that it was appendicitis and were eagerly awaiting another payment of $2000 for surgery.

Prior to that day I had never done any surgery and because my father was one of the people running a teaching hospital, I always had privileged healthcare and took it for granted. I decided wisely that it was better to take my chance with the same teaching hospital in Benin City instead of the “shylock” private hospital in Lagos. That decision was one of many that saved my life.

On my way to the airport the next day heavily sedated, I made a detour to the Lagos University Teaching Hospital because I realized through my pain-induced drowsiness that I had friends there. In spite of my “connections”, I was still on a hard bed at the accident and emergency unit for four hours before I finally got an ultra sound examination at the radiology unit.

All the talk from the doctors after the ultrasound exam scared the hell out of me and didn’t make any sense. They were not so sure of what they were seeing and had 5 different interpretations. I decided to call my closest friend and brother – Fidelis Osuide, who happened to be a urologist in the UK for a “sixth opinion”. He insisted that I do a CT scan as he suspected I had kidney stones. It was 48 hours later before the CT scan was done and it was indeed confirmed that I had a stone in one of my kidneys.

You would think that was the end of the problem? Well, that was just the beginning. I discovered that they had no lithotripsy machine in the hospital to help break the stone with sound waves and instead they were thinking of surgery. I asked around and also found out that there was no such machine in Lagos and even the rest of Nigeria. One nice registrar came one night to talk to me about it and told me point blank that if I could leave Nigeria to go sort it out elsewhere it would be wise for me to do so without messing up my kidney and tubes. I had a UK student visa that was expiring but luckily I could still stay in the UK for 2 more years and still had health coverage thanks to the NHS. I ran like a bat out of hell from Nigeria to the UK where in an outpatient procedure they discovered that the stone had now passed.

I left Nigeria for good after the 2008 incident but I also left my father there and he was not so lucky. He was pressured into surgery at an expensive private hospital in Benin City against the advice of doctors at the same teaching hospital where he had worked for decades. He died of cardiac arrest from complications after surgery. It seemed the expensive private hospital where he died did not hire a good anesthetist.

Recently I also had another health scare this time in Ghana. I had malaria off and on for months because of improper management at another private hospital. This time around, I did not run back to the UK but I took the advice of another friend and went elsewhere to get it sorted. I went to a local pharmacy where the pharmacist had more experience and gave me the right drugs to clear everything from my system.

Not all private hospitals are bad and I know that because my mother in-law is also a doctor and she runs one. She is probably one of the hardest working doctors I know in Africa and the first time in Ghana I ever got malaria cured was at her hospital. I always “stubbornly and foolishly” felt it was not a good idea to allow friends and family members to treat you but now I know better. They have saved me more than once but the only downside is that my father also relied on the advice of friends and family.

Today I sit down and I realize that I have lost weeks even months of productivity and plenty of money to private hospitals in Africa yet very few of them have ever solved any problem for me. Most of them have only compounded my problems and resulted in the death of my father. A friend of mine joked recently that if you put your symptoms in Google, you could come up with better diagnosis than a lot of the doctors in private hospitals in Africa. Medicine has now become one big scam and moneymaker for opportunists.

We can blame the government we can blame the heartless doctors but first we should blame ourselves because this thing continues to happen and we never do anything about it. I ran away after I discovered we had serious healthcare issues in Nigeria and grieved after my father died but did nothing. I am tired of blaming other people for problems that we cause by ourselves from complacency. I want to do something about it but did not know where to start till today. I decided I was going to start by talking about it. We take “preventive measures” and “pray” that’s all but we never realize that we are just a rat’s whisker away from being wiped out by the next unknown epidemic.

A lot of hospitals in Sub-Saharan Africa are not being regulated properly, lack basic equipment and are killing people daily. The funny thing is that it is not only the poor people they kill, the rich also die. It is not only a shame that I could not find one lithotripsy machine in a populous and oil rich nation; it is also a big risk.

The problem with our people is that we have seriously misplaced priorities. There is no nation in this world that develops while neglecting healthcare. A lot of the debate in America today is not about the quality of healthcare but about the cost to the citizens. Healthcare in America is a huge and profitable industry and I probably personally know more millionaires who are healthcare practitioners in America than technology people.

We also have our priorities misplaced in the African tech ecosystem as well. People talk about e-commerce and payments yet they forget that the basic and fundamental needs of the citizen are food, shelter and healthcare. It is easier for you to make more money from the needs of millions of people rather than the wants of some thousands.

Even in India, healthcare is a HUGE industry and it is pathetic that each time I am at the Indian High Commission in Lagos, a lot of the visa applicants are traveling to India for healthcare related reasons. I have little respect for opportunists but great respect for innovators and the current crop of so-called African techies are just greedy self-centered opportunists.

As from this month, I am putting aside $3,000 every month ($36,000 annually) as part of my personal seed fund for healthcare related startups. I will take no personal stake in those companies and I invite all others who have made money from tech to put their money where their mouth is and fund startups innovating in healthcare, food and shelter. My mother in-law has a hospital and it will serve as a good incubator for the ideas. Heck! Afrinnova will even get involved in this!!

Why cant we also fight for a MobileMoney tax in African countries for merchant transactions above a certain threshold going towards improving healthcare and education?

The rich also die and sometimes techies die faster. The beer and caffeine will kill you faster than most people. We live a very stressful life with a lot of health risks. I finally did surgery last year in France to repair a detached retina and that came from looking at the small screen for too long. I now have 40” screens but messed up sight. The next person could be you and you may be blind before you get to the Hotel’Dieu Hospital in France.

It seems Nigeria has started exporting “healthcare” to other countries, enjoy the PM News article below 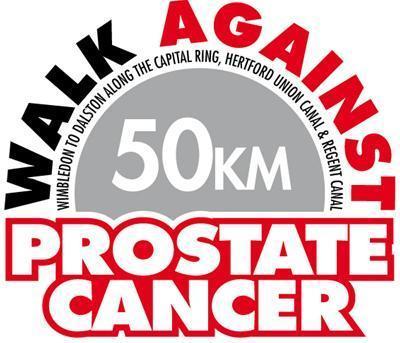