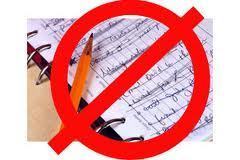 This vindicates my position on spurious lists and awards in the African tech space. Because CNN, Forbes etc said it, does it mean that it must be true? Why encourage and propagate it?? It is poetic justice that they are now also doing this to the King of lists himself Techloy!! :)

"Many of these apps do not have mass appeal beyond the tech conferences and forums that have become a staple for the Nairobi IT crowd. Therefore their success in the 'real world' is quite hard to determine"

It seems a lot of startups or personalities in the tech space now exist to be on lists or to simply to make enough noise so that they get an award then disappear into oblivion.

The real questions we should ask are: What are these lists really meant to achieve?? What metrics are these lists based on? Are they subjective or really objective?? Do they actually help those featured to gain recognition and respect?? Do they help African startups to raise money?? Why are they not talking about those that have gained serious financial support for their ideas???

Granted that we need our African voices heard and we need visibility but there are things foreign journalists get away with in Africa that they could not try elsewhere. We are all too happy when they praise a few of us for taking baby steps when there are far more serious innovators quietly solving problems.

I had this exact conversation last week with an incubator in Kenya who were concerned that because of the awards one of their porfolio companies won, they are no longer focussing on solving problems but basking in the limelight.I think Erik Hersman (@whiteafrican) is more African than anyone who ever doubts his "Africanness". He is one person I truly admire and for the first time I think CNN or any other have a list I somewhat believe inGuys, lets have a moratorium on tech schoolyard contests and tech beauty pageants because they distract us from the serious work of building a credible African tech ecosystem.Let us forget the lists and those who are serious should fold up their sleeves and get back to work. Tech in Africa is serious business because we are making lives better one startup at a time