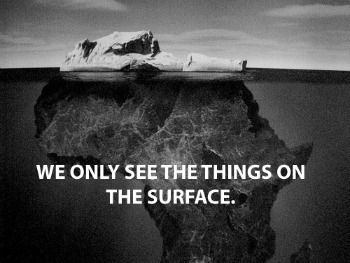 Last year at the StartupWorld launch by Hermionne Way in San Francisco I met two black people for the first time with different views. One was Mbwana Alliy and the other was a Partner (name withheld) with SV Angel. I had very deep discussions with both of them and what was clear to me from those conversations were the following:

The SV Angel partner told me clearly that investing in a company halfway across the world was out of the question. If there is a global market for the startup then they bring the entrepreneurs close to the money rather than take the money to the entrepreneurs. Mbwana on the other hand told me of his plans to launch Savannah Fund working with local players in Africa like Erik Hersman. He was “taking Silicon Valley to Africa and not Africa to Silicon Valley”.

I have been to the Bay Area 4 times in the last year and met several people who surprisingly had more knowledge about Africa than the typical mainstream tech blogger or media person. One of those people I met was Joe Mellin the founder of nReduce an innovative new Accelerator. Joe had actually worked in Accra, Ghana and knew Africa well. Afrinnova sees nReduce as valuable partner to the African tech ecosystem.

Several others like Joe had visited and worked here for a while and were keen on coming back. Several of them have actually stayed behind (Kopokopo etc) and are helping us build our local tech ecosystem. We should continue to welcome those from outside who are genuinely interested in helping us grow while also achieving growth themselves but we should not buy into the media narrative of Africa taking "baby steps" and requiring "adult supervision" or sustenance from Silicon Valley. Africa is not Silicon Valley and should develop its own unique ecosystem. I am not saying this because of pride but because it is important for us to grow a complete ecosystem and not a partial or dependent one.

There are many thriving African entrepreneurs and role models in Silicon Valley and they also have started to look back home. One of them is Eghosa Omoigui of EchoVC. I met him at Palo Alto on my last visit and we had a good discussion about what is wrong with the local tech ecosystem. There was a lot of blame on all sides from entrepreneurs to investors and Eghosa’s company is focused on turning things around for good based on his experience with the Asian market and tech scene.

Asia and Africa have a lot in common as emerging markets but the difference between Asians and Africans in the tech startup and Silicon Valley context is very glaring. Asians travel to America to learn and dominate while it seems a lot of Africans go there to seek for help or aid.

I made it clear from my very first visit to the Bay Area last year that I came to learn and not look for money and a lot of people looked at me as if I was from outer space. We have so much to learn from Silicon Valley and the Asians as we grow our tech ecosystem and companies like EchoVC are perfectly positioned at the intersection of all the cultures.

Vivek Wadwha notes the role Asians have played in the growth of Silicon Valley his book and he clearly shows that Asians are a great asset not only to that ecosystem but globally. The Asians in Silicon Valley are also contributing a lot to the growth of their ecosystems back home in form of knowledge transfer as well as investments and this is important. Can Africans also have similar aspirations or is it important to solve our local problems first? I believe both can be achieved first by getting the narratives and perspective right then getting Africans who have distinguished themselves to add value.

I doubt that a truly rich ecosystem can be developed if all we produce is “one-hit wonders” featured in the global media hungry for any news from Africa. Recent successes by startups who have raised funds from outside Africa based on such coverage should not mean that the model is the best way forward. If you are solving African problems you should look grow deep and strategic African partnerships especially if you intend to build an institution or industry and not just flip a company for the money. Exits are important and local exits even more important for validation of an ecosystem. Silicon Valley was build by institutions who are still alive and doing great business long after the founders have departed.

There are many people who have written the story of Silicon Valley and made suggestions on how other ecosystems outside SV should evolve. They are all however unanimous in their assertion that local capital is VITAL for the growth and sustenance of any ecosystem. Mark Suster makes it even more explicit in his Techcrunch article “12 Tips To Building A Successful Startup Community Where You Live”:

“I do believe that you’ll struggle to get a community started without some local capital. And in many communities new to building tech startups I’ve found that a lot of angel money is not very sophisticated at investing in startup companies……… There are two reasons you need local capital. First, it is unlikely that a serious investor will commit to funding a company outside of their geographic sphere until you have a degree of success, traction, scale – whatever. So usually the first money comes locally. When you’re Dwolla, anybody will travel to see you.

The second reason for local capital (this time in the form of venture capital) is that without it every company that starts scaling will have to talk to Silicon Valley VCs who – I promise you – will tell the company that they have to relocate to the Bay Area in order to be funded. If you’re super hot / successful you can resist. Otherwise, good luck!

And not that I blame them. If you’re working with early-stage companies you need to be spending quality time with them, which means you need to be nearby. And with thousands in your backyard, why would you go to far flung places to find deals?

SV should be a template to learn from as we grow other communities and not the place where we go for help and that is what I have been trying to point out in my previous posts here and here.

Local communities should evolve on their own terms and find out models that work for them. Saying that “there are no serious local investors” is an indictment on the entrepreneurs as well as a local community. It means that either there have not been any serious companies to generate interest or the investor community has not been properly educated or organized.

One very important point that came out of my discussions with Eghosa Omoigui is that investors also don’t fund lifestyle changes but put money in places that are of strategic interest to them. A lot of the local entrepreneurs I meet think funding is the end of all their problems instead of seeing it as the beginning of new challenges.

There are a lot of local investors who are strategically important to local entrepreneurs but the entrepreneurs either lack the credibility to make them interested or don’t even know how to pitch their ideas and that is where mentorship as well as assistance from those who have "walked the walk" is vital.

There is plenty of local money in Africa and I have seen lots of it. I have seen Econet Wireless Nigeria start as an idea by bright young men who formed a startup called First Independent Networks Limited that raised $285 Million as license fees in one month for Econet. Local investors who provided bank guarantees raised all of that money.

Econet’s future problems however were as a result of some parties not meeting their obligations when the time came to raise more money but the point that was proven was that huge sums of money can be raised for a startup locally when the right people are involved. The late Osaze Osifo was one of those people and he brought in his HSBC expertise back home to do just that.

The same investors who provided $285m for Econet are still around 10 years after but we have seen very few deals of that magnitude. The only recent ones that have come close are the Interswitch deal by Helios and Adlevo Capital ($110m) We need more of Osaze Osifo, Eghosa, Mbwana, Yemi Lalude and Folabi Esan type people to come to come back home and give the ecosystem the credibility as well as knowledge badly needed. We should not remain in sh*t creek when there are paddles all around us.

A potential investor told me once that all he sees are wannabe SV companies and plenty of midgets not giants. We need the giants to create the path and those giants should have both the street cred and local connections to all players (entrepreneurs and investors) in the ecosystem.

OO Nwoye reacted to my post yesterday with his views on why local entrepreneurs should look up to Silicon Valley and my responses to him are in the comments on that post. My next post will be on what we need to do to spur local investors into action. The point I have tried to make in this post is that the future is already here and not in Silicon Valley. All we have to do is scale the future not make excuses. Those who look deeper will see things that are not apparent on the surface. Those who dont see will get shipwrecked.

The future is already here; it's just not evenly distributed.
- William Gibson