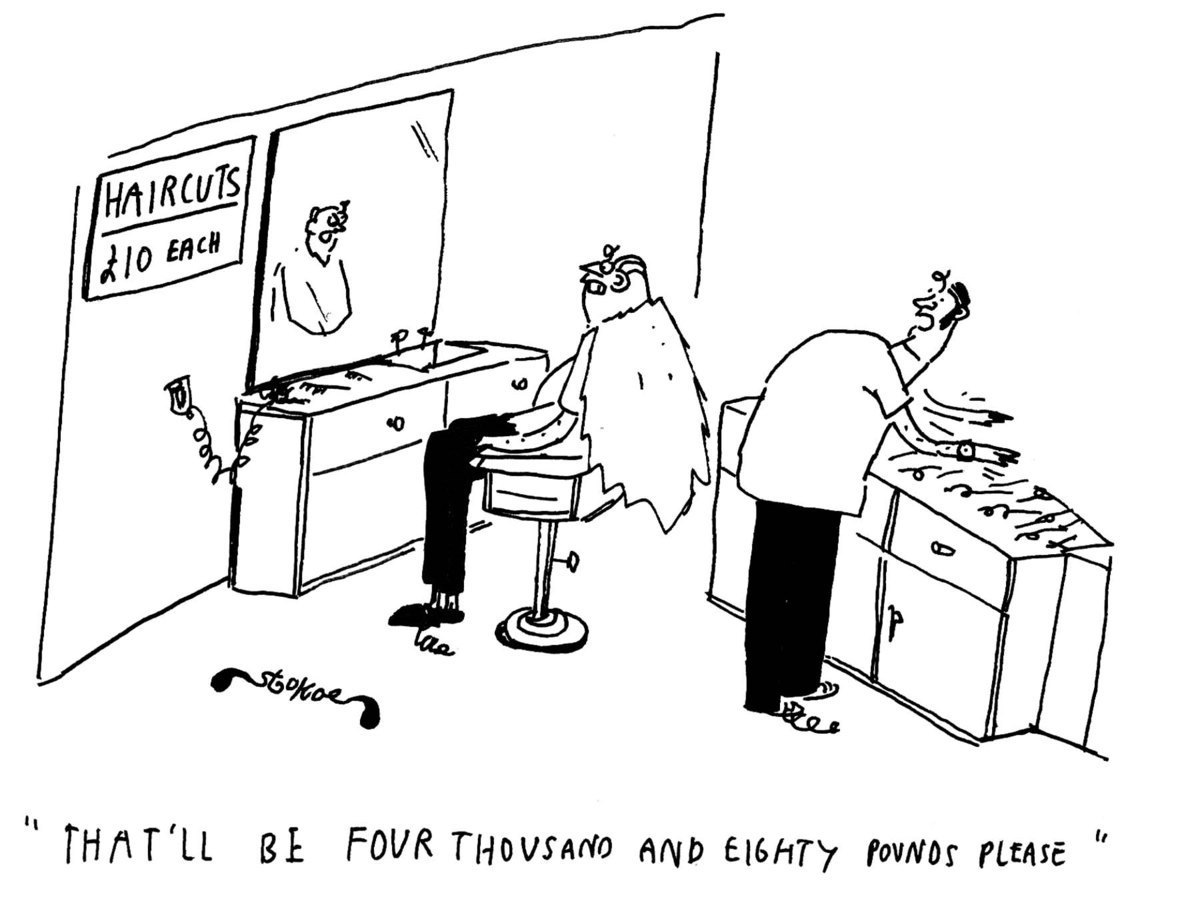 I am a creature of habit and I am very risk averse when it comes to personal grooming and my choice in clothes. It is the silly reason why I have shopped for formal shirts at Austin Reed and Thomas Pink in London for over a decade and only buy trousers from GAP.  It is also why I only have two barbers I subject my head to in the entire world. One of those barbers is Chika and he was in Victoria Island, Lagos. You can imagine my distress when I visited Nigeria recently with a head and face full of hair and discovered he quit the business.

Chika quit the business for two reasons and the first one is very easy to guess – electricity problems. He was without power for 3 months as the building owner decided that fixing the generator was no longer a priority. Secondly he was losing his very valuable client base and decided it was time to capitalize on the contacts he had made over the years to start a new business venture.

He had a very exclusive client base he had grown carefully from personal referrals and word of mouth. His shop had actually become a meeting point for a lot of my friends. In the middle of discussing politics and football, serious business was also being done. I personally sealed a deal after I took one of my clients there and paid for his haircut. That former client became converted and visited the place regularly, bringing in more people. Chika was also a great customer service person. He had everyone’s contact details in his laptop and knew the frequency of your haircuts. He never failed to call you when you were due for one and he also made great conversation while doing his job.

I called him after I found out that he had gone out of the “hair assassination” business, (I often jokingly called him a hair assassin) he came to see me at my office that evening to explain why and also to get me in as an investor in his new venture. He came with his laptop and the pitch he made using "PowerPoint slides" with graphs and stats that took the wind out of me. Chika did not have university education but be obviously had learned a lot from listening in on conversations after all these years. He had also done his homework very well. Something  techies should learn from.

He was moving into the office equipment and supply business and he gave a very convincing picture of the current state of things and why he was in a great position to disrupt the current “island” players. He also had an interesting funding structure that guaranteed him control and allowed regular exits and entry of various investors. He basically had developed a hybrid crowd funded model and had 10 people committed to raising him at least 5 Million Naira already. He actually came to our office for a secondary reason, to determine our needs and give better-priced alternatives. He was also building this new business on existing relationships.

Half a million Naira investment in his company can either be a prepayment for inventory which is replenished over time and still guaranteeing you interest for financing his working capital or it could be something you put in there initially that gives you capital gains when you cash out after bringing in another investor at a higher valuation. He painted a win-win picture and made sure that most of the investors were people who already knew and trusted each other.

I asked him why he did not use the same model to scale his previous service business that did not require capital tied up into inventory and probably had higher margins? His response was that in Nigeria, scaling a business using more people was a bigger headache than getting more warehouse space. Trust and service were things he could not continue to guarantee as he brought more associates into a growing “hair assassination” business.

That last explanation actually hit home as it was had been personal problem for me in the past being in the service business and a headache I also see others African entrepreneurs have. In a service business, the human resource is the most valuable and the quality of the people you work with also translates to the quality of the output of your business. Maintaining that quality in Africa means that you may not scale as fast as you would want to if the business is bootstrapped. You may end up perpetually bootstrapped because very few investors invest in service businesses because of this scaling problem and they would rather back a product company. The intangibility of the offering does not help even if you are showing revenue growth. This is not peculiar to Africa, even in the UK; the Seed Enterprise Investment Scheme (SEIS) also frowns on service businesses and gives priority to investments into product companies. The Angel investors and VCs also echo the same preference.

The paradox is that your product is actually nothing without service and most “product companies” are inherently service businesses. I look at the new ecommerce businesses in Nigeria for example, the inventory is useless if delivery is not prompt or if there is bad customer service. Telcos may have huge investments in infrastructure but those investments mean nothing without the people providing service. Quality of service has more of a people component to it than infrastructure. My uncle used to tell me that in Africa, people believe that the hotel is the building but it is not, the hotel is the people and the service. A huge hotel and expensively furnished hotel may have very low occupancy because of bad service.

For me to make a decision to invest in Chika’s company, I would still be investing in Chika and his ability to win over customers with his charm and humility. He does not manufacture those products and is only a middle man providing "service". I however did not invest because I believed he had not learned how to “scale this charm”. I believe management and leadership are more about replicating positive traits and qualities than getting people to do things. Business is a contact sport and those who win have more people who can continue to build relationships.

We scaled our businesses to several countries because we empowered people to build those relationships themselves. Our CTO has a better relationship with some of our the CEOs at client locations than I have and a field engineer is made aware that they can even build relationships with presidents of countries if they desire. Our first business cards stated that everyone was a “partner” in the business and it continues to be true till today. I always tell my colleagues that Accenture and the other big 4 consulting companies grew their businesses based not only on reputation but relationships. There are Harvard Business School Case studies of professional services companies that have achieved tremendous success based on allowing relationship building to be the one of the core skills of all consultants.

While I agree that all around Africa, there are quite a few rude assholes who are incorrigible and cannot be true team players, I believe a greater proportion of our people are simple and easy going people who really are hungry for leadership and direction. I think that even in tech business the problem is that we have very few true leaders and the efforts should be made to grow more leaders as we grow the talent base. Good leadership will grow talent faster than bad leadership.

I believe Chika will succeed but only up to a point then the same people issues will come up. For years now, I have been preaching that in Africa, we do not have a “Startup” problem but a “Scale up” problem. Ideas are everywhere and people start businesses daily, scaling them is the big issue.  Scaling up has a direct correlation to leadership and it is not always about money. Editi Effiong summed it up nicely in a recent tweet conversation:

@pystar The graveyard of startups has a VIP section for companies that got funding but still failed. @markessien @asemota

This is the same in the developed countries as notable scholars in entrepreneurship and startups like Brad Feld and Dan Isenberg have recently seen the light. I believe we have always had startup communities but they were not given fancy names. The Igbo Man’s “Imu Ahia” is an example of such. Entrepreneurship is also not a new concept in Africa but scaling up has not been done properly in the past. Scaling up is not limited to only Internet companies, it is applicable to all companies including service based ones. The key to scaling up is leadership and people and not just money. Scaling up in Africa is limited primarily by "people issues".

I will be writing more shortly on this blog about "Scaling Up" in Africa and how we intend to help companies to do that at Afrinnova.