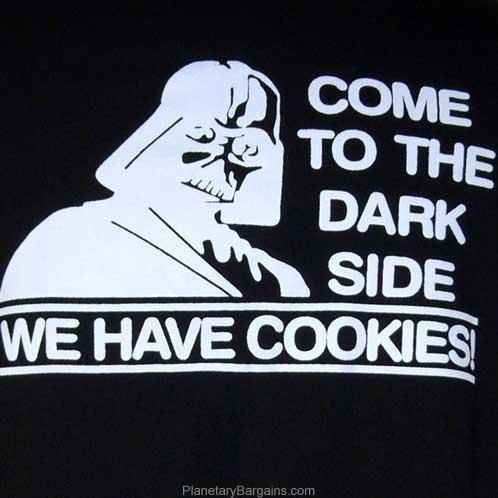 The biggest secret in Nigerian payments for a long time had been the stored value/prepaid card licenses issued by the Central Bank of Nigeria (CBN). Not many people were aware of it and It was a secret way to beat the four horsemen of the Nigerian payments apocalypse (Interwitch, NIBSS, CBN and Banks). I had encouraged a lot of players to take advantage of it but it seems the horsemen recently got wise, saw this weakness in their flank and closed it.CBN circular  BPS/DIR/GEN/CIR/0I/11 - REVISED GUIDELINES ON STORED VALUE/PREPAID CARD ISSUANCE AND OPERATIONS, issued on 10th October 2012 changed the rules again. They closed a loophole and killed many dreams of disruption. The frustration is of epic proportions. My friend Edmund Olotu the founder of G-Pay is thinking of starting www.icantkeepup.com.ng..... a site to track change in laws and policies in Nigeria. Personally, I have asked our Nigerian office to send me major newspapers weekly and I am thinking of hiring an executive assistant who will do nothing but monitor the CBN. Keeping up is a big challenge in Nigeria as the rules keep changing and the field gets crowded daily.
To be clear the circular makes a lot of sense from a regulatory point of view, the safeguards put in place to prevent abuse and money laundering is highly commendable. What I however don't understand are specific references now to telcos and other mobile money operators. Excerpts below:

Operators, including mobile/telecommunications operators, wishing to operate money transfer schemes with stored value/prepaid cards shall do so with requisite approval from the CBN and, at all times, in  strict conjunction with licensed deposit-taking banks or financial institutions

The limits specified for Prepaid Cards shall also apply to cards linked to mobile
money wallets, where Full KYC has been performed on the mobile money
customer.


Is this a preemptive measure to counter telco and other operators' efforts to gain a foothold in the mobile payments space? This effectively limits their wiggle room and ability to be creative. Cards tied to wallets is a big coup for existing players like Interswitch, the card associations (Visa, Mastercard etc) will also gain significant advantage with companion cards for mobile wallets. The banks also win because the new rules say:

The losers are those who were building innovative products under the radar. No hope for any BitCoin type moves by innovators, no multiwallet card from people like Google, case closed.

Payments in Nigeria is not a democracy, it has never really been. It has always been a dictatorship or feudal system where the serfs must pay homage to the liege lords constantly. These lords change the rules to suit themselves and decide what they feel is best for the people, there is nothing like consultation only circulars, directives and executive orders. We still have not shaken off the military era mentality it seems.
When it comes to engaging the entrepreneur community who are interested in building an ecosystem there is a lot of condescension rather than respect or enthusiasm. Bankole Oluwafemi in a response to my comment on his recent post on Interswitch said “ they (Interswitch) create a negativity distortion field around those (payment) issues, much like; "don't even try to understand, leave it to us, this is out of your league". That condescension is not only limited to Interswitch, all other players (CBN, NIBSS, Banks) treat payments related issues as some taboo area when it comes to discussions.
There seems to be separate universes for those who make decisions and the people they affect. Their actions say "we know what is good for you, just shut up and remain compliant". There is regulation and there is technology and both are not unique to Nigeria. Some credit should be given to those on the other side especially as some of us have worked in other countries on similar projects. Nigeria is not in another universe. To me, the reality of payments in Nigeria is that there is a lot of potential but that potential will never be achieved until a different entity similar to the NCC (National Communications Commission) is put in place for payments. We can call it the “National Payments Commission” (with acronym NPC) and they must have legislative oversight. It is clear now that it is only the legislators that can save us from the current overlords who keep changing rules at a whim. At least with the legislators we can force them to a public hearing on controversial decisions – for example, the fuel subsidy removal earlier this year. The legislators also played a big role in making the NCC successful so far as they have intervened in a number of occasions. The comatose Consumer Protection Council also needs a defibrillator.  I mentioned my thoughts above to someone in the industry and he old me that I was probably in an alternate universe and it would never happen. He said that the interests were too entrenched and the banks were really houses built of cards. He also indicated that the CBN is probably very scared that these houses of cards will come crumbling down if there is a credible alternative and they will lose relevance. They have done a superb job of keeping these houses intact over the years and maybe it is time to build new houses with solid mortar foundations. It is apparent that I really am in an alternate universe as my views don’t mean anything and won't change anything until it probably sparks a movement or revolution. Starting a movement however requires co-conspirators and people with a similar vision but....... altruism does not exist in any form when it comes to payments in Nigeria. Developers and entrepreneurs who complain the most about CBN policies and Interswitch are also mercenaries. We may have more aspiring megalomaniacs in the field who will be worse than existing players if given the chance.
They (entrepreneurs and developers) will be more than happy to move over to "the dark side of The Force” (thanks to Star Wars) when offered the slightest bit of enticement. Their own universe is not very different from those they complain about and we may end up creating "mini-dictators" holding different sectors hostage. It is all about the hustle for them and for the sake of the ecosystem I challenge anyone to prove me wrong.
There is yet another group of those patiently waiting and seeing the game play out in Nigeria from outside. They see potential and are waiting for an opportunity to jump in once all the hard work has been done. The four horsemen so far have done a great job at keeping them at bay. Circular BPS/DIR/GEN/CIR/0I/11 is actually one of many defensive mechanisms against these potential invaders. The uncertainty and unpredictability of the CBN also confounds them as well. I just hope more people get to read the book “One From Many”  by Dee Hock the founder of Visa to realize that entities like Visa are successful because they are movements and not just companies. Dee Hock started what he termed a “Charodic organization” Chaordic refers to a system of organization that blends characteristics of chaos and order.
According to the Wikipedia explanation:

“The mix of chaos and order is often described as a harmonious coexistence displaying characteristics of both, with neither chaotic nor ordered behavior dominating. Some hold that nature is largely organized in such a manner; in particular, living organisms and the evolutionary process by which they arose are often described as chaordic in nature. The chaordic principles have also been used as guidelines for creating human organizations -- business, nonprofit, government and hybrids—that would be neither centralized nor anarchical networks.


Such a movement is possible if the regulators allow an ecosystem to evolve on its own terms rather than frequent interventions to protect a few players. I also strongly believe that more engagement with the community is required as these abrupt changes by the CBN without consultation makes it very difficult for any investor (internal or external) to take payment ventures in Nigeria seriously. There is too much uncertainty and indeterminacy. Payment systems have become of national strategic importance in African countries, Nigeria is the largest and should lead by example.
Pardon my generous use of clichés and Star Wars metaphors in this post, I have not had breakfast and I am tired. I really hope the National Payments Commission idea catches on.


“The essence of community, its very heart and soul, is the nonmonetary exchange of value; things we do and share because we care for others, and for the good of the place. Community is composed of that we don’t attempt to measure, for which we keep no record and ask no recompense. Most are things we cannot measure no matter how hard we try – such things as respect, tolerance, love, trust, beauty – the supply of which is unlimited.  The nonmonetary exchange of value does not arise solely from altruistic motives. It arises from deep, intuitive, often subconscious understanding that self-interest is inseparably connected with community interest; that individual good is inseparable from the good of the whole; that in some way, often beyond our understanding, all things are, at one and the same time, independent, interdependent, and intradependent…” - Dee Hock, The Birth of The Charodic Age