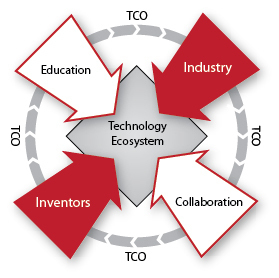 I hate narratives because they only look at the past and are really no good at predicting the future but they are a necessary evil as they help to shape the conversation around an ecosystem. The only problem is that a lot of people do not listen to the conversations around a sequence of events but only see the tale and rationalize everything about the future based on it. Singular narratives according to Chimamanda Adichie create stereotypes.

We are seeing a situation in Africa now where we are trading one stereotype for another. We are moving from the story of an Africa that needs to be saved by “heroes” from outside to an Africa with so much opportunity that you must come to have your share. Both narratives exist in parallel universes where you have different individuals or groups with different frames of reference. What is common with both however is that they are extreme views propagated by people have no altruistic motives just either guilt or greed.

The bottom line is that very few of the versions of the stories are objective. They are usually either self-serving or with some ulterior motive. Some try to justify or validate irrational exuberance and hype while others look for excuses to validate the inferiority of Africans or try to lamely appease their conscience. There needs to be a middle ground where we hear stories of actual reality, stories of where the rubber meets the road.

If there is one thing all of Africa has in common it is “problems” and people are trying to solve those problems each day. A problem solved in Zambia could also be solved in Senegal using similar methods and that is why it is important that we get the right stories out there. We need to have real conversations and real stories, what we don’t need is skewed reporting or lists without any objective or empirical basis. I recently I found a glimpse of a real conversation on African startup ecosystems on Quora and it was only Erik Hersman (@whiteafrican) that (in my opinion) tried to give an objective view of the status quo. I find that usually there is hype on both parallel universes and the hype is usually a mechanism to justify flawed narratives.

Chimamanda said in her presentation that the default position of most people outside Africa is “patronizing well meaning pity” and that pity is what the worst of us exploit either via crimes like 419 or other self-serving narratives. Very few people actually say that we can actually solve our own problems ourselves. Whenever I am in Silicon Valley on Afrinnova.com business, I tell people I meet there that my objective is to come there to learn and not look for money and they look at me as if I am from outer-space or on some exotic narcotic. I tell them that there is a lot of money in Africa and all I am coming to do there is learn how to get it out. This money is in the hands of both potential investors and consumers but most people look at Africa's huge population and only focus on how to get money from the consumers. They dont usually think of how to make them investors and believe salvation comes from external VCs and Angels.

Herman Chinery-Hesse is a friend and a personal hero. He proclaimed boldly earlier that only Africans can save Africa and few listened. He gave some speeches lashing out at the World Bank and others for their role in further helping to under-develop Africa but those statements were swept under the carpet. We need to keep shouting it on rooftops so that people will actually listen. “No country in the world develops from aid” and similarly “No startup ecosystem in Africa can be created solely by external funding or pity from Silicon Valley”.

Nmachi Jidenma is the only one who has a consistently positive narrative of all of Africa, she has a simple objective with CP-Africa; to celebrate progress and not failure. I admire that she does not focus on the negative but the positive and it is ok. I read CP-Africa stories when I am feeling optimistic about Africa and ideally we should all be but I also think there should be a CR-Africa where the “R” stands for “Reality”. We should be dispassionate in analyzing the good and bad in Africa and have real conversations about moving forward and not just “digital high fives”.  Nmachi is doing her very best and following her convictions but what are others doing?

One of our local voices in West Africa in the tech ecosystem was beginning to bore me with lists and skewed coverage until they brought in fresh blood into the space. Bankole Oluwafemi (@mrbankole) has been able to spur real conversations around topics that are largely Nigerian in nature and he is another glimmer of hope in dark abyss. He needs a bigger forum, a broader frame of reference and he will be a super star.

In East Africa, the narrative is about East Africa and it is about contests and hype, it is all also centered around MPesa. Surely there are many more exciting things happening in East Africa besides MPesa? There should be many more gods other than Bob Collymore for people to worship? I am seeing the narrative on the ecosystem there degenerating into hype and schoolyard type “pissing contests”. While hype could bring investor attention, there can easily be too much of a good thing.

The South Africans hardly see themselves as Africans and Francophone Africa seems like a black hole to other Africans who hardly know what is going on there because of language barriers. All of the above is my own narrative and can be challenged, I welcome that challenge and want to have objective conversations about them devoid of emotional or nationalistic sentiments. I work in several African countries and visited quite a number so my perceptions are mainly firsthand. I was born in Nigeria and I am more critical of Nigeria than others because I know more. I don’t get carried away by false hope because I know there is a lot for work still to be done. I also welcome all conversations about Nigeria.

Sarah Lacy was the first of her kind in Silicon Valley to visit Africa and present her story. It was largely her perception from a few visits and it has led to one of the most heralded funding successes in the West African ecosystem but she did not see what was happening in Ghana and had a different perspective. I tried hard to bring her attention to it and very few people noticed Ghana until Mike Butcher of TechCrunch brought out MEST into the limelight. Suddenly now all the talk is about MEST and Ghana!

We have had more hits on the Afrinnova.com site since the MEST story broke on Techcrunch than any time ever. I am sure that there are many more MESTs all over Africa and many more need attention but do we need the Western tech media to do this for us? I think the most useful attention is the attention of the local investors and not something to feed the 24hr tech news cycle in the West.

We must not let the African Startup Ecosystem become a victim of the “narrative fallacy” or illusory correlation currently plaguing Silicon Valley. They now are trying to get out of it by having real conversations on forums like Quora. We are no strangers to having conversations, Oluwaseun Osewa started by providing us a forum in Nigeria called Nairaland.

We need a Quora for all of Africa and not just voices hyping East or West African limited successes. I belong to a group on Facebook called Silicon Africa and I am beginning to see real conversations like that there but sadly it is still dominated by West Africans and we need to make it all inclusive.

Silicon Africa has members who are entrepreneurs from the African diaspora as well local founders doing real work. I had a conversation with the founder of the Silicon Africa group Amaete Umanah recently and he agrees that we need to take Silicon Africa outside Facebook and make it a platform for real conversations around the startup ecosystem all over Africa and not just East or West Africa. If you want to join the group please ask an existing member to add you or add Amaete Umanah as friend on Facebook, he will bring you in. Members from all over Africa are welcome. Let us make the conversation about Africa and common African problems not just countries or regions.