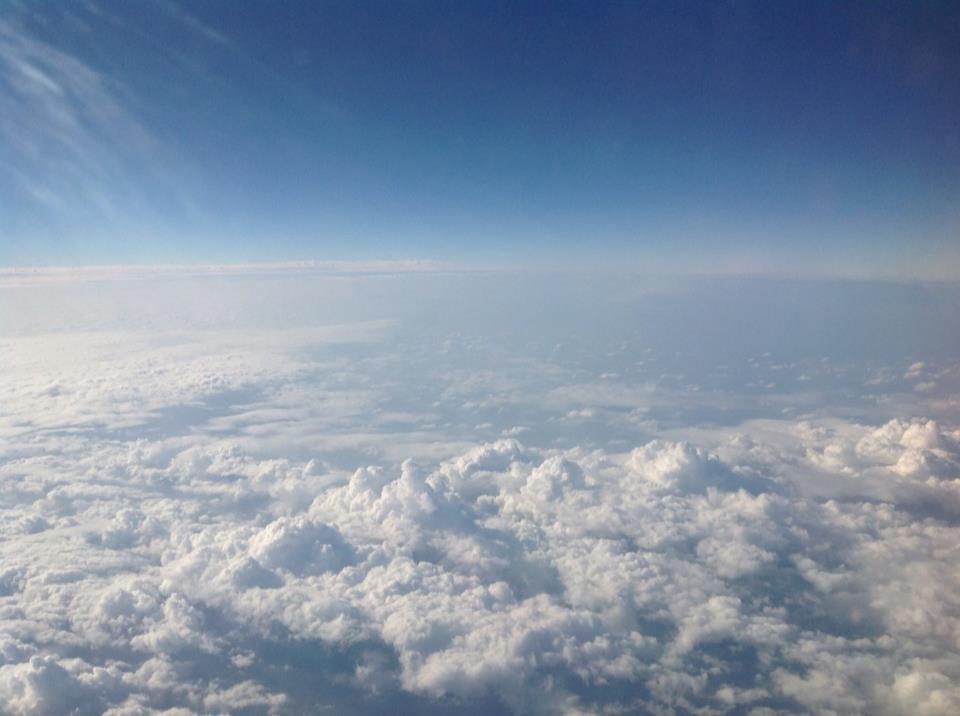 A couple of days ago I was on an Emirates flight between two continents for at least 11 hours and to catch up on work I used their onboard Internet service  “OnAir “. This was not the first time I had used this service on Emirates or any airline for that matter. I have tried "Gogo" on American Airlines domestic flights between New York and San Francisco, also on Virgin America. What made this experience memorable was that I was able to pay for it in less than 3 seconds and my payment was validated even as I was moving in a vessel at close to the speed of sound at 38,000 feet above the ground. For some reason this time, the payment bit stuck in my mind.

We have been working as consultants on transactions platforms for 10 years and I know how hard it is to make things work for people who are just walking around with cell phones. The recent experience made me realize the importance of card associations and the role they play in facilitating global transactions and connections. The transaction did not require any exotic interface, all it required was my name, card number and validation code (all available on a piece of plastic), I was online in seconds.

In one of my sessions, the service got interrupted because of turbulence and I got refunded also in an instant. I even got an email notification to confirm it. All the complexity in getting the transaction fulfilled happened in the background on a platform built to handle it.

VisaNet or the MasterCard Network never fail to amaze me, yet when people talk about all the innovations in payments like Square, Stripe even Paypal with all the new bells and whistles they fail to realize the importance of this global infrastructure to making everything already happen in the background. I guess we are all like kids in payments looking for shiny new toys but ignoring the old reliable playground.

MPesa is a success in Africa because it enabled a huge mass of people to carry out transactions between themselves with a ubiquitous channel but let us not kid ourselves, all those people are all still within a closed loop. All the innovations around MPesa will remain hard to scale as long as they remain within this closed loop. Even current attempts at interoperability between payment schemes in some countries have had limited success as the players are more interested in providing this functionality as just another feature rather than an integral part of opening up their platforms to a wider ecosystem.

Visa and MasterCard are global successes because they help to provide a common standard that is universally acceptable and globally verifiable. The banks still own the customers but the merchant does not need to know which bank the customer has his account with or vice versa, all they do is depend on the card association to perform the settlement. All parties trust the card association to perform this function quickly and also to mediate in any dispute. Visa or Mastercard put their brand at stake on every transaction and assume all responsibility. That trust relationship is what companies like Square and others are trying to replicate but with newer technology and less friction.

Building a similar trust relationship using mobile payments in Africa has been hard because there has been no common denominator or arbiter between parties irrespective of the payment scheme or operator. Companion cards to mobile wallets provided by some players end up as just an alternative means to perform "cash outs" rather than really extend the functionality of the mobile wallets in the ecosystem. Even attempts at integrating mobile wallets diectly to existing merchant platforms hang on the thread because of this issue of trust.

I had an epiphany on that flight; the only way to get mobile payments to truly scale all around is to provide the same trust relationships between all parties in a scalable and ubiquitous manner. It really should not matter who provides the customer with the wallet, as long as it conforms to a particular standard, payment can be accepted. Current aggregation models fall short when it comes to building that ubiquitous level of trust between all parties and will only remain niche solutions because they focus on the interface and not the relationships. They are only increasing the size of the closed loop and don’t integrate well with the larger ecosystem.

The mobile wallet is just another location to store electronic value and should easily be linked to other repositories of value to allow easy flow in an ecosystem. If that functionality is not natively available then we are just trying to reinvent the wheel by adding new layers of complexity.

Mobile has a huge advantage over card payments, as there are many ways to verify that authorized parties have performed a transaction. Location data cannot be repudiated and one time passwords or validation codes can be generated and sent on the fly. It is very obvious that the future of the card associations is in mobile and all what has been happening so far is just a preamble. A partner from Egypt who sold his payment company to one of the card associations told me a year ago that there was very little room for small players in payments and I argued with him then but now I believe him. It seems that in payments there is a food chain, the fast will eat the slow but the big will eat up everyone else. Visa acquired Fundamo last year and made some other strategic alliances to confirm this.

There is a lot of racket around about NFC and contactless payments using mobile devices but there was nothing an NFC equipped mobile device could have done for me at 38,000 feet. Granted that there are different use cases and not everybody flies on airplanes or even use the Internet as they do, the bottom line is that the underlying trust relationship the card associations provide at scale will be very hard to replicate without also working with them. All NFC players are extending the card associations functionality and not disrupting or replacing them.

To replicate the trust relationships these existing global payment organizations have in place will mean collaboration on an unprecedented level between current players who already only see themselves as adversaries. Regulators cannot enforce interoperability especially where operators see their closed loops as turf providing competitive advantage.  Settlement or switching institutions can only act as facilitators only after standards have been established.

My bet is that the next wave of successful mobile payment initiatives will have interoperability woven deeply into their DNA and the card associations will provide the infrastructure to make this happen from the day of launch. The standards for mobile payments will once again be set by those who have successfully done it for global card payments. That is unless Google comes along to ruin the party.

The guys from MasterCard said it at the last Carte Africa event in Morocco, their biggest fear is Google and Google is coming. I still think Google have no choice but to work with the card associations, as they will be around for a very long time. I did not use Google Wallet at 38,000 feet, I used Visa.