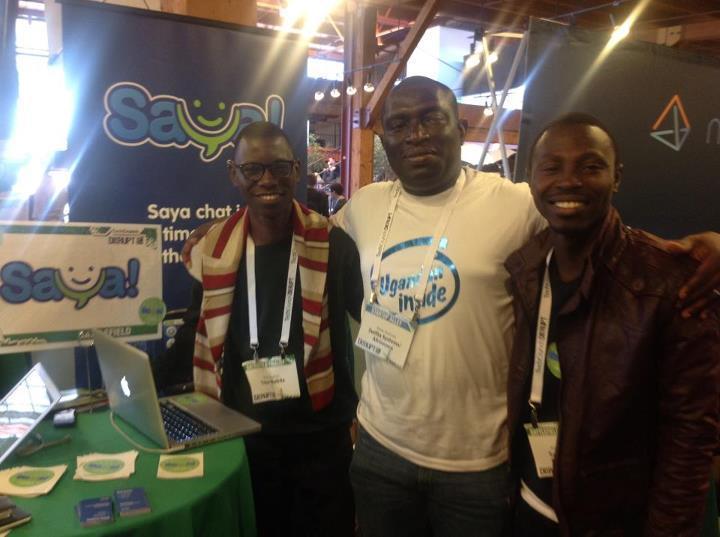 I arrived San Francisco Sunday on another of my “learning trips” this time as a Startup Alley participant (cheaper tickets) as we decided to supportStarlogic/Pontaba an HTML5 gaming platform founded by Amaete Umanah who is also the founder of the Silicon Africa Startup Group.

I was still jetlagged and woke up at 2:50am that morning and the first day’s event was like a blur. I had never expected with all the drama and departures from the company last year that TechCrunch Disrupt would get this packed. The International Pavilion was bigger than a few startups from Israel this time as Brazil, Argentina, Chile and Mexico joined this year. The international startups had to take up another space equally as big as Startup Alley itself.

I saw a couple of battlefield presentations then decided to leave early as I was tired and needed to retire on time …. BIG MISTAKE!.

I woke up again early on Tuesday morning to see chatter on Saya Mobile’s awesome presentation all over my Twitter timeline. Saya is one of MEST Ghana’s portfolio companies and the guys from Meltwater were there fully to support them as well. Watching the presentation all over and seeing their stats simply blew me away. You can see how easily we underestimate the needs of the new generation of Africans and think that those canned solutions already available on the web will continue to do it for us.

Saya is disruptive on many levels and not just because of its product but because it was the first African startup to my knowledge that has pitched at Techcrunch Disrupt’s Battlefield. This is further validation that the African startup ecosystem has come of age and we can stand our own anywhere and battle with the best from the rest of the world.

I met the Saya team on Startup Alley yesterday and everyone else I met kept talking about them. Victoria Haynes of MEST said she even met Dave McClure of 500 Startups who said he actually owned the original Saya domain as that was his wife’s name. 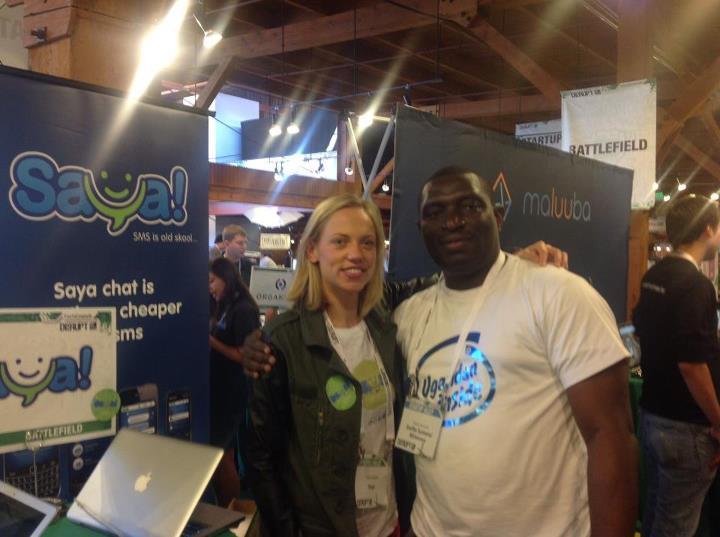 Saya Mobile needs funding and that is why they are here in San Francisco pitching to investors and in the Disrupt Battlefield. I have been the one shouting that we dint need money from Silicon Valley and the money is back home in Africa. Why don’t we prove this by pledging "African Money" to backup Saya Mobile? Can we get them to setup a Kickstarter page or for Meltwater to arrange this for them?

Whatever the outcome today they are already winners, if we can also get together as Africans to give them more than the $50,000 they plan to get from winning the battlefield finals then we would have also disrupted TechCrunch Disrupt. I have already pledged $1,000 and other entrepreneurs on Silicon Africa added $3000 as well so we are on our way already with $4000 pledge so far. I will keep updating this post with details of pledges made.

“I worship the power of progress! Isn't it fitting that Saya and the MEST family are setting historic examples for the African ecosystem. My heart would have bled had some neo-colonial douchebags been parading themselves as the "saviours of Africa". Whatever happens from here; Team Saya has set a new bar for millions of young Africans across the continent. There is hope and this is just the beginning”

This is indeed a new beginning, the true emerging market renaissance that Africa will lead.

Whatever deity you worship please pray to it for Badu and Richard to win the final TechCrunch Disrupt battle today. Lets fill the #TCDISRUPT hashtag with #sayamobile. I will be rooting for them and shouting at the top of my voice today. I have also brought out my kente strips to wrap around them if they win this.