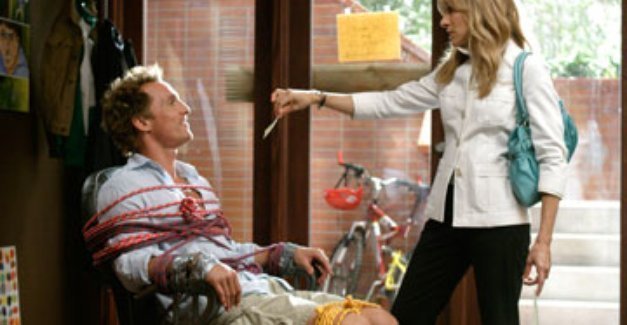 I am a movie addict and a very bad one. I can spend whole days detaching myself from the world and immersed in "movie land". I find that life imitates art in many ways and I draw a lot of inspiration from movies in many ways. One movie that inspired me to move away from Nigeria and my "rich uncle's" safety umbrella was "Failure to Launch" by Sarah Jessica Parker and Matthew McConaughey.: http://www.imdb.com/title/tt0427229/

I had not heard of that term before the movie came out in 2006 when most of our MSc Class decided to go on a social outing at the end of our course.  I will forever thank my classmate Raj Singh for choosing that movie (even though we initially complained it was a chick flick) over other testosterone powered options. It made me re-think my personal situation and the comfort zones we had settled into as a company. It allowed me to make far reaching decisions about life and business.

Human beings love comfort zones and businesses are not any different. I was lucky to read Andy Groove's book "Only the Paranoid Survives" and "Who moved my cheese" by Spencer Johnson also in 2006 and became brutally honest with myself in assessing if we were approaching the flat end of a sigmoid curve or eating stale and fast depleting cheese. We used both texts as reference material at our first team strategy session and I still recommend them to any emerging market entrepreneur.

2000 was a very harsh year for us. It was harsh because we ultimately had to face the reality of firing everyone in the company and pressing the reset button. This decision could have been avoided and we probably would have been a much larger entity if we had learned one fundamental thing: Startups exist to scale and not be successful in comfort zones.

Startups need to find new zones of discomfort and conquer them. If you don’t find new cheese, one day you will wake up to find out that the cheese is gone. That was the case of Hyperswift which was a subsidiary of Swifta, our company founded by Salil Narayanan and myself while we were both still in school at The University of Benin.

In the 1990's Before the Internet and "app era" We developed an ERP solution named "MicroFarm" around source code from a core accounting solution provided to us by SBT software which was later acquired by ACCPAC. Hyperswift had one of the best team of developers in the region and the legacy was established by one of the best developers on the face of the earth - Salil. As you can guess from the name he is Indian by origin but African by birth. He moved to South Africa then later Australia leaving us "Nigerians" to run the shop.  You can guess what we did after that.

We had over a dozen developers building and supporting this product for the largest agro-allied company in Nigeria at that time. This we were able to do because the CEO of that company an English man I will forever have respect and admiration for, decided it was time to let the local software ecosystem grow. He felt it was best to give local software developers a chance to succeed and it was a phenomenal opportunity but we did not see clearly what we had. We could have used this as a base to scale to similar organizations all over Africa but instead we remained there for 7 years customizing the product out of existence.

We grew alright; we grew fat sitting on one site. We did not realize that real growth meant scale and in year 2000 the agro based company was acquired by a larger European group who explored the possibility of scaling our software beyond Nigeria to their other holdings. It never happened and instead they decided to use a solution from India because the Indians not only had the resources to scale and support their products beyond borders, they also had developed the product to be flexible enough to be adapted to multiple scenarios. We lacked the experience and the resources to do that then and didnt even know where to start.

By 2000 we did a sharp pivot into providing consulting and professional services to 3rd party ERP providers like SAP. Swifta swallowed up Hyperswift and we decided to team up with a group of Nigerians under a JV for the first public sector ERP implementation. That implementation was largely successful until the "Nigerian factor" set in and we were forced to separate Swifta from the JV and did another pivot into providing services for transaction platforms.

We still made the same mistake yet again with professional services and did not scale beyond Nigeria until I saw that movie and read the books in 2006. I realized that our problem was the love for familiar comfort zones, we were not moving fast enough or taking enough risks to allow us grow, all classic symptoms of "failure to scale". We decided to kill our "failure to scale" and do something about it. Today we have subsidiaries, partners and clients in a number of African countries.

Scaling for an African technology company does not mean growing big and fat in one spot but lean and fast around the continent. We learned that from the South African partners we were working with and actively helping to scale around the continent.  The Indians and the South Africans were first and probably are the only ones still to see clearly the vast potential of Africa as a market. Sagcious, the South African company Salil left to become lead developer and a shareholder in, scaled their product SFI to 47 sites in 17 countries with only a small team.They had huge clients like Barclays and Standard Bank.

We partnered with them and learned well and fast, today we are in a number of African countries and our goal is to be in all 53 (or 54) by 2015. We have also found out an important secret, gaining knowledge and experience from diverse locations means we can work more effectively at solving local problems without “reinventing the wheel” each time.

I hear a lot of talk about the constraints in Africa, lack of funding, lack of infrastructure etc... My belief is that those are just excuses and we will always find justification not to scale beyond our comfort zone. Someone from Nairobi mentioned something poignant at the last MobileWeb East Africa event. He said that "Africa is diverse and people are different but one thing we all share is common problems". If you can solve a problem in one part of Africa, chances are that you will be able to solve many more all-around if you know how to scale and reach those areas.

I was inspired recently by the story of the Malawian boy William Kamkwamba  http://williamkamkwamba.typepad.com/  who built a windmill to provide electricity and I still don’t understand why that his solution has also not scaled across Africa. We have power issues all over Africa and someone collaborating with him maybe in Nigeria or Kenya could have created something even better.

There are many Africans that inspire me and one of them is Paul Onwuanibe the founder of Landmark. His TED Video was the inspiration behind our move to setup Afrinnova  (http://afrinnova.com/) our African focused unique startup accelerator . We decided change the game again and to do more than just provide professional services but actively collaborate with "partners" all over Africa who want to scale across the continent with the first startup under this model: “Afrinnova Services”.   Paul says you can’t do tomorrow’s work in yesterday’s office and “Afrinnova Services” believes you also can’t build tomorrow’s Africa with yesterday’s business models. The key is to solve common problems all across the continent and ignore the colonial boundaries. Afrinnova Services has started the process of collaboration with other African startup clusters to make this possible.

On the local ERP front, to prove conclusively that we made blunders, some of the people we let go in 2000 moved on to companies like SystemSpecs who got help from South African partners to standardize and scale their product “HumanManager” . I don’t know how well they are doing now but I recall a major Oil Servicing company getting rid of their JD Edwards solution and replacing it with Human Manager. I also hope they learned to scale beyond Nigeria.

I have decided to share our story and others as my own contribution to young technology entrepreneurs and software startups all over Africa. The best way to grow fast and quickly in Africa is to scale across boundaries. If you are not scaling you are dying. We made Africa our primary focus for now but like the Indians we also hope one day to scale beyond the continent. According to Daniel Stern of HiveColab in Uganda "A wise man learns from his own experience but a wiser man learns from the experience of others". Learn from us now and kill the "failure to scale" syndrome.