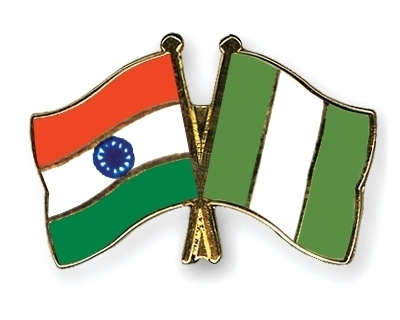 I was asked by a tech blogger a simple question on how to get a good co-founder and I ended up rambling into a blog post.

Salil Narayanan should not let his head swell too much :)A co-founder is probably your most vital strategic decision as an African entrepreneur. It is even more important in Africa as I have seen from experience that a lot of great ideas and startups die not because of market forces but because the founders break up the companies prematurely.I cannot honestly say there is an art or science to getting the best co-founder as I have had the same one for roughly 20 years now. We have tremendous chemistry and a great working relationship all these years.However from the discussions I have had with other fellow entrepreneurs who are in an equally good place, the consensus is that the qualities have to be more about you than the other person. To summarize, according to Amaete Umanah “you have to earn the best co-founder”. It is a premium as truly great co-founders are hard to find. To get a great one you also have to be a darn good founder yourself.As strategic as the co-founder decision is, it is not a magic bullet that will solve your problems. You need to think of it as a long-term relationship and not a short one so you must basically love working with each other. My wife sometimes gets jealous when I spend a lot of time having conversations with my co-founder on-line and she calls him “my boyfriend”. He is far away in Australia running another startup in the energy business but I consult him on all matters and all my major decisions and copy him on routine e-mails. He was the first person I told when I decided to get married to my wife.You need to have mutual respect for each other and must be genuinely passionate about your goals as well as each other’s opinions. I probably will hate my co-founder today for not letting me execute "YhelloPages.com", an idea that was before Facebook and Eskimi for a telco based social network. He believed portals were a bad idea at that time. I also acknowlwdge however that the idea would not have worked if he did not support me. We were not in competition with each other but in collaboration and "complementary" to each other. He is still the best coder I know on the face of the planet even though he has sold his soul to Bill Gates. His soul is now beginning to yield dividends asit is rumoured that Bill G is taking a stake in his Australian venture with other amazing people.As close as you need to be, you also need to be able to work independently of each other and realize that you can have other interests as well. You need to be different enough from each other not to have polarizing views but a stabilizing influence. My co-founder decided to move to South Africa in 1996 just 3 years after we started and I knew it was something he had to do. He tried hard to convince me to move as well but I just was not ready but his move opened the way to all the great partnerships we have with South African companies today and I owe every single thing we are doing now to his courage to take a plunge into the unknown. Salil introduced me to some of my best friends in South Africa and probably the greatest business partners on the planet.In all, I can say that what has been the most important thing that has helped us was trust, honesty, tolerance and openness. Salil is an Atheist Indian who was born in Ethiopia, grew up in Nigeria and South Africa and now lives in Australia. He is married to a devout Hindu vegetarian. I am a bush Benin boy from Edo state who was fortunate to have some rich relatives and supportive parents. I am now married to a Ghanaian 1st class Finance graduate and an MBA from INSEAD, we could not all have had more diverse backgrounds but we have a great friendship that transcends business and I guess that is what you really need; a friendship that surpasses business and even enhances it.

....Oh Chale! I also realized his wife was born in Ghana so maybe that is the common link :) So try to get some Ghana luck as well!