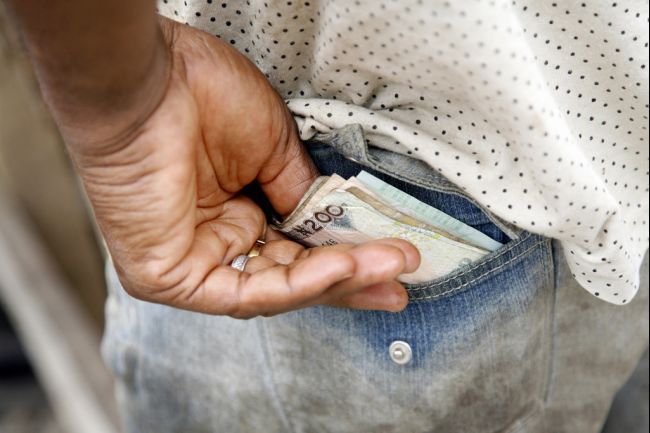 The problem with current transaction models in Africa is simple; BIG business entities invest in transaction platforms built by other BIG entities and expect not only to recoup their platform investments but also to continue making a profit. The problem is that they claim they want to defeat cash but they also want to make profit everywhere and from every transaction. Cash does not obey the same rules. To beat cash, you have to imitate cash then innovate beyond current business assumptions and narratives.

Cash may seem to have no cost at lower ends of the value chain because transactions are in smaller values and there is little cost to handling or storage. When it gets higher up in the value chains, the magnitude of cash increases and so does the cost. Those who trade in high volumes daily know this and they happily pay the price to speed up transactions when things become unwieldy. Why is it hard to optimize platforms for this part of the value chain as well? It is because we have all been sold a wrong narrative.

I have seen African payments evolve over 3 decades and I believe prevalent mobile transactions models adopted by several mobile payments operators in Africa are flawed. Impact investors and their acolytes are forever trying to sell the “send money home to mama” narrative and a lot of mobile money operators seeking money from these investors get stuck with this narrative.

Person to Person (P2P) transactions are very important but it is not enough to make a scheme scale. Those flawed narratives make operators concentrate mainly on the consumer end at the lower parts of the value chain rather than automate entire value chains. The real value may not lie with the retail consumer even though they are an essential part of a scheme.

Most “non-telco operators” miss out the real opportunities for creating value with proper pricing. If we are honest enough to analyse mobile payments transactions dispassionately, we will find out that a bulk of the transactions are high value transactions happening at the higher levels of the value chains where they are mainly B2B value-chain transactions. I have only seen one operator in Nigeria who admitted this and also admitted that all what they have built will not scale.

For a telco using their existing value chain they already know this. They give all their airtime commissions at the top of the chain and the value chain spreads commissions down the hierarchy using its own internal mechanisms. For payments they adopt a similar dynamic for commissions and fees but provide the mechanism for making this happen efficiently and transparently to all parts of the value chain. Telcos are usually already at scale and efficient transaction mechanisms complement existing value chains very well. Telco mobilemoney agents are almost always airtime agents. Mobile payments for a telco is an operational efficiency game and a churn reduction game. It is NOT a transactions revenue game. Transactions revenue is a byproduct of this efficiency and it is not surprising that telco operators scale faster than non telco operators.

Someone who was at the heart of Mpesa in Kenya told me that at the time they reached scale, their largest corridor for payments was “Nairobi to Nairobi” and the average transaction value was higher than your typical P2P transaction.

If we believe the Kenyan “inside-story” above, we can test a new hypothesis and turn the current African mobile transactions model on its head. We could take fees only at the higher levels where real savings are apparent when using electronic transaction mechanisms; then make low value transactions at lower levels free.

My hypothesis is simple; it is actually at the higher levels of the value chain that change is driven from and not below. I believe that this is particularly true in economies with significant informal credit flowing down value chains. An agent model works better when there is a hierarchy that mirrors current transaction flows along existing value chains. There is really no free cash for cash-outs at the bottom of the pyramid as it still belongs to those at the top providing some sort of informal credit. If they see value in a platform or a system, they will allow their agents buy into it and use it. The “buy-in” from the top is in turn translated to the consumer.

This probably is story of Nigeria and most of Sub-Saharan Africa where mobile transaction platforms have not scaled significantly. Those who build the transaction platforms and those who buy them do not build their business cases properly. If we look at retail distribution value chains closely, It is possible for transactions to be free at lower levels when those at higher levels pay the price. It is the same way it currently operates with cash.

To change or adopt new models will take patience, skill and very good selling skills. The non-telco operator cannot beat the telcos in the agent game but they can innovate in other very creative ways. They can change the game by crashing or removing fees at the consumer end. This may create adoption faster than agent-led models.

Testing any payments hypothesis requires a startup mentality and not a hustler or corporate mentality. I gave a presentation titled Mobile Money as a Startup at the MobileMoney Africa conference in Lagos last year and those sold to the “impact narrative” disagreed. I believe very much in using the narrow but deep approach to payments in Africa. It is easier to build out from a niche than spreading yourself too thin.

Experimentation and business model change requires significant testing and validated learning. Operators are much more flexible when they understand the market and can make platform changes very quickly. It gets harder when they have to wait months or years to perform basic changes and see results. It is also easier when operators don’t pretend to have altruistic motives when they are in reality running a business.

It is not surprising that African banks have not adopted this strategy at scale. They are slow to make any business model change except when faced by an existential threat. I have bank accounts in almost every continent and it is only in African countries like Nigeria that I get charged a “commission on turnover” (COT) for EVERY transaction! This “COT” is separate from card association charges and commissions or even outrageous fees by local switches and payment gateways. Can we really get a cashless society with all these costs? It is impossible. COT is the main reason why African banks don’t innovate, the profit is too easy.

We may have a real chance at defeating cash if we adopt the same transaction dynamics early adopters of bulk payment platforms used. They penalized people for coming to their banks or agents to do large transactions but allowed all other retail/consumer transactions to happen free. They realized that unless you are a telco, Visa or Mastercard, real profit in payments was in the high value end and not in high volumes.

I believe that rapid change and scalable products for this model built by small startup teams are possible in Africa. I have had the privilege of working with developers of a product (one of them was my co-founder) called SFI, that focussed only on B2B or B2C bulk payments scale to 47 sites in 17 countries. That product has existed for over two decades now. It provides real value and processes millions of dollars monthly within some very smart banks, some as far away as Australia.

In the case of Cash vs Cashless, the BIG will not eat the small; the fast will eat the slow. This is why I am back to looking at small products again, the BIG products and entities are wasting our time.