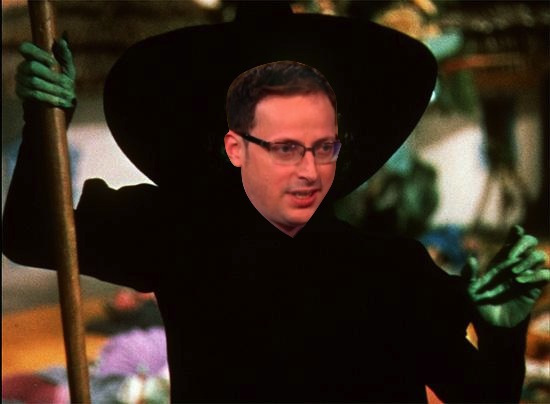 While at Sheffield in an Enterprise Systems  class I discovered for the first time that the largest retailer of Mars Chocolate bars in the world was………….. “Shell”

That’s right, the same Shell selling gasoline at pump stations and they were only able to make this discovery after they started viewing multidimensional relationships only possible after putting SAP’s data warehouse product in place.

I am still reading Nate Silver’s book “The Signal and The Noise, I bought it long before he became recently famous for predicting accurately the outcome of the US Presidential elections. He is a quantitative analyst also fondly known as "quants" and relied on data to make this happen. The Obama campaign also relied on the same data to surgically win the election as it determined their ground game.

The Romney camp probably lost because they were not looking at what the data was saying about the future but rather on historical trends and "punditry" by the media. The sheer size of the crowds at their campaigns was what they used to gauge voter enthusiasm and they were so confident of winning  based on these assumptions that the candidate only had a victory speech and no concession speech.

I couldn’t help but wonder if a lot of the talk by “consultants” on Mobile Money and a lot of the suggestions by bodies like CGAP and GSMA are similar to punditry in the elections. Total number of subscribers active or inactive etc are just useless metrics when other multidimensional relationships are not being explored. The reasons why schemes succeed or fail are also not subjected to enough scientific rigor as they should because the operators and pundits probably don’t capture all possible data related directly or indirectly to the mobile money schemes.

We know that distribution and demographics play roles in success or failure but are we really looking deeper to understand why and how successful schemes scale and others do not? Are we looking at historical trends while ignoring more impactful shifts in consumer behavior and trends? I may be wrong but I think we are all looking at Mobile Money wrong by seeing platforms as transactional platforms rather than data aggregation platforms. Mobile Money platforms should capture a lot more than they currently do and deeper analysis should be done to show trends and other nuances that are not immediately apparent.

Mars definitely knew that Shell was their largest retail outlet but Shell did not know until they mined the data. It is the same way that Coca Cola Nigeria discovered that after the GSM companies launched in Nigeria their sales were declining. They discovered (based on data) that this happened because the consumer’s disposable income became prioritized more towards communication. They easily deduced that they needed to re-capture the “share of pocket” by co-branding with companies like Econet Nigeria and started placing Coca Cola adverts on recharge cards as well do joint promotions. The result was a win-win for both parties as they increased the size of their respective markets. Coca cola had data and a value chain that Econet leveraged on and they both won.

The banks and telcos can actually learn from Coca Cola and Econet to see how they can be in a better partnership to grow the entire market rather than try to outsmart each other through attrition and strong-arming. Orange and Equity Bank in Kenya has the best type of partnership I have seen in this regard. Others like Ecobank and Airtel are yet to come to the party. Visa and Mastercard are better positioned to make this happen by opening up closed loops and presenting a common layer for data to be better aggregated.

Mobile Money does not exist in isolation of other value chains but rather intrinsically tied to them. Getting ALL data around retail distribution, consumption. and oh yes! “banking” in the ecosystem goes a long way to ensuring the success of a scheme. All mobile money products are not relevant to all markets and strategic fit requires not only serendipitous discovery by the customer, it also has to do with the same serendipity by the operator to see trends not immediately apparent from data.

It can be argued that MPesa was successful without all this “mumbo jumbo”. it can also be argued that it was the same way US elections were won in the past without data and ground game. The future of elections in the US has changed forever and Mobile Money can too if we get the data part right. The current ground game is agents but I say get the data and look at then execute based on it.

Vendors selling Mobile Money products are everywhere like snake-oil sales men making all claims under the sun while spreading FUD about their competitors. The fact however remains that it is really not about any product but how you execute a strategy based on developing a proper business case from data available.

MTN Nigeria quickly learned from Coca Cola and Econet in Nigeria to leverage on the existing retail distribution chain for commodities and won the battle for GSM. Coca Cola however won the war because they had a better strategy with data and executed based on it. Sharing data is not sharing secrets; the real secret is in execution of your ground game based on the data.

Will the ecosystem “quants” please stand up!