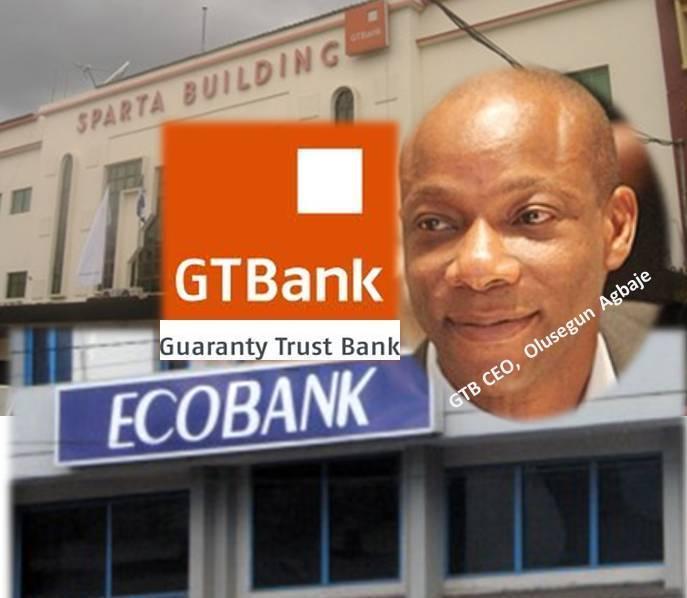 There is something troubling me about Nigerian payments and it is not just our poor infrastructure but also our attitude to delivering service. A lot of the work we do as a professional services company is largely proactive support and what that means is that we never let the bad things happen before we fix it. We anticipate possible snags and can tell easily from the rate of growth in traffic that we could possibly hit a bottleneck and advice the client to take proactive measures or we proactively take those measures if we can within our own scope of work.

We became that way because we learned from seeing bad things happen. We have seen the catastrophic effects of downtime on customer confidence. We have seen that if you lose confidence it takes years to try to rebuild it and it is a costlier effort to try to do this than to have proactive support. It has been our biggest selling point to those who have felt the pain and it is also our biggest weakness with those who do not really understand what we do. Some clients will think that we just have a bunch of people sitting and waiting around for bad things to happen but that is very far from the truth. We have those people there to help prevent other people from making bad things happen.

A majority of the time, downtime in Africa is not caused by hardware or software failure but "people failure". You cannot use scripts to monitor people, you have to interact with them and sometimes reason with them to let them know the impact of a seemingly harmless decision further down the line on a transactions platform with multiple integration points.

GTBank probably has the best payment gateway in Nigeria and several people use their service. They used to respond to complaints very quickly but recently it seems their service levels are going down south at an alarmingly increasing rate. Right now their internet banking service works sporadically and I made a complaint almost 24 hours ago and still have no response.

A couple of months ago I tried to buy a ticket online with my Mastercard (via the ghastly Quickteller site that I can barely stand) and was billed 3 times for one ticket. It was obvious the integration points between Slimtrader, QuickTeller, Air Nigeria and GTbank were messed up but I had no business with the merchant or the payment processor but my own bank as the card was theirs.

It took almost two months before I got 86,000 Naira back. Nobody told me sorry after that and nobody paid me back any interest for the loss of income from my money being tied down. All I got was a mail about 2 months later saying that the problem had now been resolved. I actually considered suing them but realized I would spend much more than the 86,000 Naira on the slow Nigerian legal system. Most likely wait years before I got heard and probably by that time all the players would have imploded from consistently bad service.

That experience made me realize the importance of back-office processes more than ever in a place like Nigeria. For any payments or transactions processor, your back-office is the most vital service point. It is not about fancy front ends or all the work we do as technical consultants. It is about human beings interacting with other human beings to quickly solve largely process related problems..

I had a friend talking to me about jointly setting up a payment processor recently with other partners and I asked him who would have responsibility for back-office processes? He did not have a clue the same way he did not have a clue on who actually owned the customer. For a payment that originates from a bank account, the bank or card issuer owns the customer and has primary responsibility of interacting with the processor or gateway provider in the case of any problems.

We have AIPS being spewed out for Mobile Payment companies but in their evaluation process, has anyone bothered to check if they have strong back-office processes put in place? For Mobile Payments it is easy for anyone including the Mobile Payment company to blame the infrastructure provider which in the case of Nigeria will be the telcos and they should ideally own the customer as any failure will be blamed on them. So why cant the MNOs just be given licenses as this clearly can affect their business? I digress…. that matter is left for another post.

We saw how the multiple issues of fraud made banks in Nigeria have a rethink about magnetic stripe cards and it was not just pressure from the regulator that made that happen, it was more of pressure from the consumers and the pressure on those nice customer service people who sit in banking halls and call-centers trying to manage all hell breaking lose around them. It was not Visa, MasterCard, Interswitch or even CBN that forced that call to be made, it was “the customer”.

Waiting for the customer to force you to make a call isn’t just “not proactive” it could be termed as negligent. It should be anticipated by any proactive organization that transaction levels will increase during peak transaction times like the end of the month and it would be very prudent to ensure that things don’t break at those peak periods. If GTBank with all its mature processes can make this kind of mistake then is there hope for Firstbank, Ecobank and others?

We recently heard of the fiasco that happened with the cutover to new systems after the ECOBANK and OCEANIC merger and people were too quick to start blaming platforms and bank software vendors had a field day spreading FUD. That fiasco happened not because one platform was better than the other but because people did not plan proactively for what could go wrong.

As support people we believe seriously in “Murphy’s law”. Murphy's law is an adage or epigram that is typically stated as: "Anything that can go wrong, will go wrong". For the transactions business you have to take this very seriously and try to keep Mr Murphy far away from your platforms. It is because of Murphy’s law that I worry very much about NIBSS being the sole switch interconnecting all players in Nigerian payments.

What happens if NIBSS fails at peak periods the same way GTBank Internet banking is failing now at the end of the month? Has any stress testing been done to look at doomsday scenarios on our financial sector if some catastrophic event happens in Lagos or specifically Victoria Island? What kind of disaster recovery plans do payment providers and banks have in place to protect consumers from losing everything if all their systems collapse and they lose all data? These are valid questions I must ask as a consumer and I think we must all start asking the right questions.

I think it is time the consumer starts being proactive too and we should help crowd source downtime information not only to help ourselves but also to force the hands of these providers to take service seriously. Yes, I am not totally altruistic about it as it will mean more business for people like us who don’t go to weddings and miss all family functions because "we just make things work". In the meantime we should take a look at this site and see how we can do something similar for Nigerian commerce and banking sites. http://downrightnow.com/

I think I may have found a slogan for another startup I am setting up. “We just make things work” and by the way, GTBank Internet Banking is still down. It makes me really wonder if GTBank is human or machine. If they were human then they would have responded to me by now.

Picture is courtesy of http://standardtimespress.org/?p=2186